TO MY SWEET AND WONDERFUL DEAREST ONES IN JAPAN WHO HAVE BEEN WAITING PATIENTLY FOR MY LATEST BLOG……..

Hey Everyone! It is me, Your Dear and hadMary Ann-san! Happy New Year To All Of You who read my Blogs!
And no, My Dears. You have not missed a thing. While you were all on Holiday, I was too. But I am back now and I ready to go, still working on that Mini-Series, but I think, nearly done. I will see as I write. HAPPY READING TO YOU ALL.

As I was saying, so three months before my big 65th Birthday, I called the Social Security Office and talked to a man. I told him I was going to be turning
65 in April and I understood I had to sign up for Medicare and he said yes. I said, Do I have to? Like is it mandatory? It is, he said, and then told me I was signing up at just the right time and then told me about people who got penalized because they
they were late and did not sign up when they were supposed to. This man also told me I didn’t have to worry about the money because it would be taken out of my Social Security Check before the check even came to me.

How nice, I thought.

How much will they be taking out for The Medicare, I finally decided to ask. At that time, the amount was: $104.00.

Would I miss it?

At that time I thought: Hell, yeah.

I don’t miss it so much now and now they take out more for Medicare. Each year they do that and I still don’t miss it.

Last time I checked they were taking out: One Hundred Thirty-Seven Dollars. I am not sure what it is now. I will have to check again.

The next topic of conversation didn’t take as long.

Sir, I said at last, I understand from what I have been told, I have to come into your office and sign a bunch of papers to get this thing started. When can I come in?

He said, Yes, normally, that is true. But not in your case. You don’t have to come in.

I wondered what was so special about me that I was being told I didn’t have to come in.

How come? I asked.

The man said that I was: in the system already.

What? How can this be?

Apparently I had been saved from miles and tons of
horrid, and terrifying Paperwork because of Tony’s Pension.

He then told me to make sure I called in again, next year, just before my Birthday to make sure all was set up with regard to the full benefits. At that time they would tell me how much my Full Retirement Amount would be and others would also be told to me at that time.

I said thank you to the man for his time and patience in this matter of mine and that I was so sorry for having taken so long. He said, You’re Welcome and we hung up.

I sighed a happy sigh.

I was signed up for Medicare and had done what I was supposed to do.

When I turned 65 on Easter Day, I went to my Godparents house and the Birthday Cake I had after my Birthday Dinner, was chocolate and had chocolate frosting and two candles on it. A “6” and a “5” to represent the sixty-five.

Only 365 days to go until Full Retirement came.

I could hardly wait. 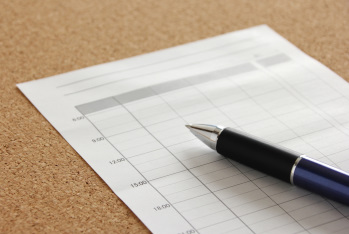