TO ALL MY FABULOUS FRIENDS AND FANS AND LOVES IN JAPAN !!!

Hey There ! Greetings To You From Me here in Hilo, Hawaii, USA. Pretty quick now, it will be Saint Patrick’s Day and I can hardly wait for it. My mind is already on that ono-lious (Hawaiian Word: (meaning): REALLY SUPER DELICIOUS!)….. meal of Corned Beef and Cabbage and Carrots and Potatoes and Onions. Oh My Dears! It is SOOO Yummy! I just can’t get enough of it and I only get it once a year. The only time I don’t is if Saint Patrick’s Day (17th of March) which is during Lent is on a Lenten Friday. No meat is eaten on a Lenten Friday unless our Bishop from Honolulu okays it. One time he did okay it but I passed and ate my fish instead.

Shall we go to Blog now??

I can just picture all of you, My Dear Readers, thinking: What is our Mary Ann-san up to now with this week’s subject line title for a Blog? Well, it is the one title which I could come up with when it comes to what I want to talk about with all of you and pass along.
So, I will just go on ahead now and jump in.

To be honest with all of you, I had no idea that this idea for this blog was even gonna happen. And it probably would not have and I probably would have written about something entirely different for today, had I not received a card in the mail which came to the apartment here instead of the Post Office Box like it was supposed to. The card was a very late Valentine’s Day card from my friend Juliann and she covered everything in it. Valentine’s Day, St. Patrick’s Day, as well as my Birthday, which is not until next month.
She decorated the card and envelope really nice with stickers of flowers, hearts, and butterflies, and shamrocks—which covers the St. Patrick’s Day part. The card itself had a picture of eleven kittens in a basket with several balls of yarn. And it said on the front of it, PLEASE ENJOY THIS BOUQUET OF KITTENS. I would LOVE to know where she bought this card. It was so great. I just adored it. It was so cute and so sweet.

So anyway, I called up Juliann on Friday, the 13th, the day I got the card, to thank her. And we had a wonderfully long conversation. It was going along really super well until she asked me if I had heard about Uncle S., rather… Mr. S? Mr. S.? She said: E B’s husband. The minute Julianna mentioned E, I winced really big. No. What about Mr. S? My friend Juliann said that Mr. S, E’s husband, passed away.

I took in a deep breath and swallowed very hard. At first I couldn’t say anything. I was stuck for words. Me. The person who writes almost for like a living already, but not quite. Stuck for words. Finally, I asked when he died but she couldn’t tell me. How about the funeral? When was that. Last Friday, the 6th.

Man. I swallowed hard. Again. This conversation was getting harder by the minute. The 6th was only last week. I asked Juliann if her Mom knew when Mr. S. had died cause she used to work with E and maybe there was something in the paper?? Juliann promised to check for me.

Death is the hardest thing one has to handle and…. Well when it comes to death, everyone reacts differently. Naturally, I am very much sad over S’s passing. We who knew him, liked S. lot. I mean, a real big, a lot. He was patient and kind and understanding and he was everything that E was not. And for years, Sam tried to get E to quit working already and retire. He wanted her to quit working so they could spend time together.

E refused to listen, and continued to work. And now he is gone.

You see, at one time, E was my friend Gaile’s nurse and it went without even anyone having to say so that E did not like being told what to do. It was her way or no way. Period. E was the BOSS, period. And one day, the three of us were in Gaile’s apartment. (Number 1). And I wasn’t sure what was going on, cause Gaile and E were in her bedroom and I was in the parlor sitting on the floor. There seemed to be something going on cause my body refused to leave. I wouldn’t go home. I wasn’t sure what Gaile did, but E came out and Gaile came out, and E snapped at me and told me to go home and that she and Gaile had something to discuss.

I just looked at her and didn’t move.

Gaile stood by, not looking good at all.

Then I said that the last time I checked, this was Gaile’s apartment and it was she who had invited me here. And as long as she did and had not told me to go home, I was staying—period. And that she, E had nothing to say. E did not own the place, she was not paying Gaile’s rent, so, hell no. I wasn’t going unless Gaile opened her own mouth and said for me to leave.

E glared at Gaile and I saw it. But Gaile never said a word. (And yes, My Dear Ones, this is my same late friend Gaile who was legally blind). So anyway, E wouldn’t do anything (to Gaile) if I was there.

So you see, E did not like ME because I stood up to her. And I did not like HER because I knew she was trying to do something to Gaile that would hurt her. Only I couldn’t prove it. You know how it is if you want to report a crime? The police will ask you if you saw the act take place. And if you say no, there is nothing they can do.

So now you know why E and I are enemies.

However, this is now a hard thing to say because NOW, E and I are the same. What I mean is, E is a Widow, just like Me. Only I have been a widow longer. As you, all of My Dear Readers know, I have been a Widow since I was 45 years old. And E, who is 83 and will soon be 84, is just BEGINNING her Widowhood.

I am praying for her.

But I am praying for her. I am asking God to help her learn.

I do not know if we will finally get together and not be the enemies we are. But being widows now, with God’s Help and my praying, there MAY one day, be hope for us. 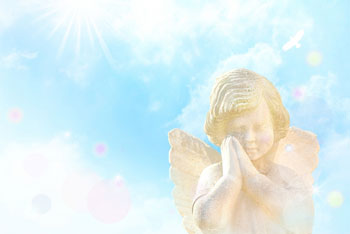