To all of you, I send my love and as I was sitting here drinking my TEA, I came to the suddenly realization that this is my 10th Blog and back in Blog # 3, The Third Language, I had boldly mentioned my cats but being that I AM a cat person that is only natural.

But fair is fair. And cat lover or not, I feel that it is only right and just to mention or to give mention to dogs too. Especially since most of the people I know and associate with and are friends with either have a dog or two or sometimes more, (I know one person has 5 of them !) or at the very least I know someone who has a dog. So as it stands at the moment, I know more people and have more friends who have pets that bark or at least growl-bark than those whose pets meow, mew, or purr. Even my best friend in Chiba-ken, has a dog. Yes, my dear Hitomi-san, I mean you and your dear dog Luck.

To continue please: Being a cat person, growing up with cats and living with them and loving them as much as I do, you would not think that I would ever even consider or want a dog as a pet. WRONG. I do have my favorites. So please do guess again. And my most favorite dog (for myself that is) is the Dachshund. So I decided to get one and went searching for a Dachshund.

Now it stands to reason that you would think that when I told all my Doggie People Friends that I was Doggie Hunting for a Dachshund, they would all be for the idea and be happy for me and truly excited for me that I wanted a dog. WRONG AGAIN. Every dog person I knew, in their most loving way, tried to let me know without hurting my overly sensitive feelings that my getting a dog would totally turn my entire world upside down and that for me, it was definitely NOT a good idea. And all of my doggie friends each had a reason why I SHOULDN’T get one.

But I was stubborn.

What could be so hard about caring for a dog? You feed it. You walk it several times a day on a leash and night times too when it has to go outside to do its thing and you clean up its business when its done. You take it to the Vets when it is sick and for shots or when it has been hurt. You make sure the dog has its Tags. And food and water. And snacks. And toys. What is so difficult about that?

But my friends kept trying to warn me as gently as they could.

But I continued in my great stubbornness and went on searching for my Dachshund. And I finally found one. Whom I promptly named: Indy Ryan. And when I had brought little Indy home, my friend who has the then four dogs called me and upon learning of my newest member of my household, nearly snapped at me and biting my head off in the process, with the words: “Why would you want to bring a DOG into a CAT household?!”

I clearly admitted I hadn’t thought of that. And I said so.

My first night with Indy Ryan in the house proved to be really something.

Indy Ryan ate everything. His dog food, my unfinished dinner scraps, even some of the cats food. And tons of water. And he had just as much energy.

THERE WAS A DOG SLEEPING ON MY BED !!

THERE WAS A DOG SLEEPING ON MY BED !!

In the coming days there were other dog-like things around that I found myself having to get used to having in the house. And trying to handle.

There was the barking every time someone walked by my place. And the toys I had to not try and trip over. They were everywhere because I made sure Indy Ryan had plenty. To me, my handsome little Dachshund Indy Ryan was perfect and could do NO WRONG……even when he did, by digging a hole into my bed mattress straight through to the bed springs. I could not even get mad at him for that. That is how much I loved and adored him. But knowing now that all my doggie friends had been right, I called up my lady-friend with the then four dogs, and asked her if she could take Indy. She lives in a nice big house and maybe that was where Indy was supposed to be. It was almost like I was keeping Indy for her until the time was right.

She did take him and he has been living with her four other dogs ever since.

No……because it was for the best and Yes……..I really did like having him around. In spite of the walks and the puppy pads and leashes and all that went with him. And I do miss his Puppy Kisses. Now Doggie Kisses. And the oh so sweet and darling tail wags.

It was a wonderful time for me while I had Indy Ryan and a great learning experience.

And to all of you who are Doggie People…….and have a dog……or two or maybe more…….

How lucky you are to have them! 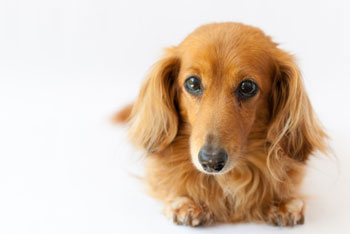