TO ALL OF MY WONDER-FILLED, OUT OF THIS WORLD, LOVING BLOGGING FANS IN JAPAN AND THROUGH-OUT HAWAII’S SISTER ISLANDS !!!

Oh! How embarrassing! I was just gonna jump in here and begin the Blog, my newest one, number 153, without even saying anything to any of you first like I usually do. How rude. Wow. After writing so many Blogs, My Dear Ones, I just should know better. Well, I just couldn’t help it. I just wanted to plunge right in and get going. I hope certainly, that you will forgive me.

And since next Friday, is Valentine’s Day, I hope you will all out partying with your loved ones!

My Fans, Dear Ones, My Sweets, this is a dumb question to ask, I know…… but have any of you who read my Blogs on a regular basis, ever been to New York?

Well, I have never been there. Not one time.

But I do go there at least once a day via my computer through Hulu and watch my favorite T.V. show BLUE BLOODS.

As all of you, My Readers, know, I don’t have a television set. I have not had one for years. My computer is my T.V. This is my way to New York. No long lines at the airport, no check in baggage or fees, no super long plane rides running into thunderstorms and such heading back east from where I live to there. No lost tickets or luggage. None of that stuff. I just turn on my computer, press Hulu, press BLUE BLOODS and New York here I am.

I am watching my 9th Season of the show right now.

For all of you who may have not yet seen the show, BLUE BLOODS is Police Crime Drama Show about a family of Police Officers. The star of the show: Tom Selleck, plays The Police Commissioner Of New York’s Police Department. His father in the show, is the RETIRED POLICE COMMISSIONER which at times comes in very handy. Both are widowers. Tom Selleck plays Police Commissioner Francis Reagan. In the show he has one deceased son named Joe who was killed by a not so nice police officer who was a member of a group called The Templers, a sort of Police Mafia. In the show the living members of the Reagan Family are next in line: Son: Danny, who is a Detective and who has a Hothead Temper. It is like anything sets him off when he is on the job. He gets in fights a lot, gets beat up a lot, but wins out a lot. He and (recently deceased T.V. wife Linda Rose Reagan,) have 2 boys, Sean and Jack, Jack being the oldest. Next is daughter : Erin Reagan-Boyle who has a daughter Nicky from the Boyle marriage. Erin is divorced and now uses her maiden name Reagan. She is a Assistant D.A. Next is the youngest son: Jamison (Jamie) Reagan. He too, is a Police Officer.

I love this show and have lost many a nights sleep binge watching it. I just can’t get enough of it. I am PRO POLICE AND A SUPER FAN.

I watch a lot of Police shows but Blue Bloods is the best.

Would I really go to New York?

In the condition I am in right now, probably not.

I doubt I would make it across one of those streets using my Walker.

Oh well. I will just continue to watch Blue Bloods from home here in Hilo……..and dream on. 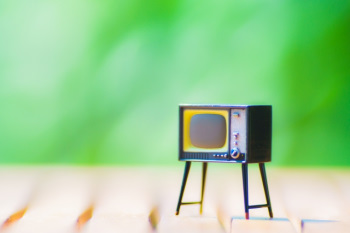