TO ALL MY MISSED AND LOVED READERS OF MY BLOGS IN JAPAN !!

Oh how I have missed you all. It would have made three weeks today without any Blogs. But I was moving you see so that is why you did not hear from me. I am in my new apartment and spending time trying to get settled in. I guess you could all say that settling in is the hard part because it means unpacking every last thing you own putting it in a new spot. Getting use to a new stove and icebox. All new things. New sleeping hours? Being on the first floor. Oh yes, My Dear Ones ! We like that very much! No more stairs to come home to and climb up and down. I have not had a first floor apartment for a very long time. Since about somewhere in the very early 1980’s. When My Tony and I were at The Del Mar Apartments. I am sure glad I have a first floor apartment now.

Let us be off now with the latest blog in our mini-series about my time in Puueo Villas and apartment number 18. Are you ready? We will then continue. Have fun reading everyone.

Almost nearly half of another year was gone by the time my Tony and I had had enough of Mr. Sidney Kaide (now deceased) and his nosy and wicked ways. It was the 3rd of May, 1985 when we finally moved again for what I hoped would be the last time. Tony found us a second floor apartment at a place called: Puueo Villas; the last unit. Number 18. Tony was now going on 68 years old and I had just turned 36 and we had been together for 10 years. He would spend the rest of his life here in this place where I thought even I would spending my final days too. I do not know why I thought that about me, but I did. And I thought at the time, my Tony would like live forever. He was so handsome and good looking. And above all……he was all mine !!!

We spent many great years here. And we had a lot of different landlords. There were quite a few. One of them was a Senator. But the ones I remember the best were Mr. Jones, and Mr. Menzing. I almost bought the apartment from Mr. Jones but backed out when everyone said not to do it. At one point during our stay Tony longed to get a house for us but I was scared and refused the idea. I put my foot down and said no.
The last landlord Tony and I would have together was Mr. Jones. (I would not have Mr. Menzing as my landlord until 2004—ten years after my Tony passed away).

We had many fine Holidays here in Apt. 18. A lot of happy times. When Halloween came around, we always had dinner early (Spaghetti. Salad. .Garlic Bread. Wine.) Then we would go in the back (Master) bedroom, eat Halloween Candy and Popcorn and watch Spooky Movies all night.

And though I had no real friends, Thanksgiving Time was just wonderful even though I was still working and Tony had retired long ago at age sixty. (SPECIAL NOTE: May I please point out here that my Tony’s Birthday is Sunday, the 13th of October and he would have been 102 years old on that date? Thank You, My Dear Ones Who Are Reading This Blog.). (HAPPY BIRTHDAY MY DEAR TONY !!!). And Christmas was fun too. We gave each other little things. (One of the new little things I got one year was a brand new typewriter!). Tony outdid himself that year.

On our New Year’s Eve’s we would stay home and party.

I couldn’t have been happier.

The next part of this, soon to come. 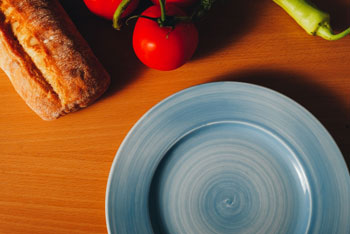