TO ALL MY DARLINGS AND SWEETS IN JAPAN WHO ARE MOST FAITHFUL TO THE READING OF MY WEEKLY BLOGS !!!

My Darlings, And My Sweets,

Yes My Dears it is getting to be that special time in Autumn again. But right now we are already in the middle of a mini-series with which we are dealing and has to be finished first before we can manage to mention anything else.

So, Blog #134 continues where I left off and I will see just how far we can go from there. Have fun reading this week.

Believe it or not, Tony’s and my Wedding Day (15 January 1993) was just like any other day. We were married in the office of the Justice of The Peace, in what I would say were: Dress Clothes. No Tux. No Wedding Dress for me (none first time around either, thank goodness). Tony wore dress pants and shirt and I wore a orange pantsuit with stripes and black flats for shoes. It was just us and The Justice of The Peace. Tony was asked if HE was gonna take MY last name (Stanley) and both of us together at the same time said: NO !!!!!!!!!
After the actual ceremony was done and I had signed my new last name on the certificate (Mary Ann Feola), we left and walked straight to Food Fair which was a grocery store downtown, to get our Supper. You see, we were married on a Friday, and as good Catholics, whether was Lent or not, at that time, we ate FISH on Friday. So, FISH was our Wedding Supper. However we had Steak and Mashed Potatoes and all that other good stuff the next night and Tony made it all. And naturally there was water and wine on the table.

What can I say? I loved being married to Tony. I had hoped to be married a long time. That was MY plan. Then our 1st anniversary came around, and I was so excited and so thrilled and happy and I said to Tony: Today’s our First Wedding Anniversary! We’ve been married a whole year!!! And I sighed real big in happiness and smiles.

His Reply was however,: What??!! The other years (he meant from 1975 on) don’t count??!! (Common Law). Well, of COURSE they counted but at the time I was thinking LEGAL PAPER. So now, in spite of the Legal Paper, when someone asks me how long Tony and I were married, I answer them with the following: Nineteen years. It is easier that way.

Now during all this time, I was still working remember, still packing papayas, but by 1994, I was not with ALOHA PAPAYA/DEL MONTE PAPAYA any longer. They had closed down and I was working at Mr. Papaya. However, when Tony got sick, I had to quit. I was never fired. I quit. So I stayed home and took care of him. I had no other choice. There was no other way.

On the 23rd of May, Tony’s son Anthony J.K. Feola died. He was born on the same day my Tony was, only in 1943. His son was 50 when he died. On the 23rd of July, when my Tony and I had flown to Honolulu, to go to Tripler Army Hospital, that was the day, I was told my Tony had Stomach Cancer.

That day something happened inside me and I became lost. The nurse took me down the hall and into a room so she could talk to me. You notice I did not say, I lost it. I said, I became lost.

The nurse asked me if I understood. I told her I did. My Tony was going HOME……to God. I then became lost and came out questions like: Why? Why is God PUNISHING ME? Why is HE taking my Tony away? Is my Tony going NOW? I mean, like TODAY? (The nurse said no). My questions got more dumb. God is taking Tony away, does mean the FEOLA NAME WILL GO TOO and I will no longer be Mrs. Feola? (You see, I did not understand and actually didn’t want to. I didn’t understand why my Tony had to go.) (The nurse said no, that I would always be Mrs. Feola. But once Tony passed away, I would be his widow.). There were two words I couldn’t say for a long time: CANCER and WIDOW). After the nurse and I talked for a long time and I like cried for forever, I went back to where Tony was and promised him I would say a Rosary for him every day. I also asked him, what kind of FLOWERS HE WANTED. He said: Roses; Red ones. Thirteen red ones. Not white ones, I asked. No. he said. Red ones, thirteen Red Roses. I told him all right. Thirteen red roses. That’s the way it would be. Promise made.

The 23rd of July was also the day that I found out that DOCTORS LIE. I am serious. I was in the room with them and my Tony when they said they were gonna take the cancer out. I wanted to stay while they did it. He is my husband I said, after they had showed it to me, the cancer was such a SMALL thing. Surely they could get it out. I will stay.

Then something changed. Out of the corner of my eye, when the Doctors thought I wasn’t looking at them, they shook there heads no. The cancer wasn’t gonna come out. It was gonna stay there. Right then I knew they had lied to me. They told me that they were going to fix things and then they lied. This was something else my mind refused to understand. The cancer was such a small thing. Why couldn’t the doctors just take it out? My 45 year old mind, would not, understand that the cancer that was in my Tony’s stomach, had spread now to other parts of him and THAT was the reason the doctors couldn’t do anything more. But why the doctors did not tell me is beyond me. Even today. One day soon my Tony was going HOME to God and I could not stop it. I couldn’t go with him.

All we could do now was come back to Hilo and wait.

It was shortly after this while Tony lay in our bed, that I told him I was going to call his son. David. And Vivian. David HAD to be told.

I waited for Tony to blow up and say something like: The hell I was. And that: he would tell David when he was ready.

But that didn’t happen. My Tony just laid there in our bed and looked at me. The sadness in his eyes said it all. And after a few minutes of silence, I picked up the receiver and punched in David’s phone number in Lakeport, California. 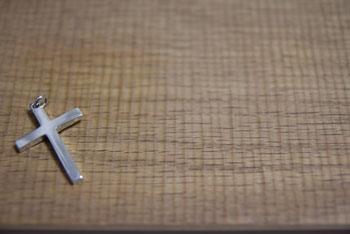