TO ALL MY DARLINGS AND LOVES IN JAPAN, WHO, WITH THE GREATEST INTEREST, HAVE BEEN FOLLOWING ALL MY BLOGS AND ESPECIALLY THE ONES IN THIS MINI-SERIES—I LOVE YOU !!! —

My Dears and Loves and Darling Friends and Fans !!
How strong and patient you have all been. Hanging in there with me as I continue with this mini-series, my longest one written yet. It is my hope that you will stay with me and continue reading my mini-series. My heart hopes it too. It means so much. I thank you My Dear Ones, with all my heart.

It was now the morning of the 10th of September, 1994. Saturday. The medical personal had come in
the morning after (9th September) and removed the hospital bed and I was now sleeping in our bed again. Only it was no longer ours. Tony had gone HOME to God and so the only person sleeping the bed was me. It was mine. Not that I had actually GOTTEN ANY SLEEP.

I looked at the clock on my nightstand. Yes. It was morning all right. And once again, I was still here. My Widowhood was in its second day and the last thing I wanted to do was get up. Once again I had prayed to God to let me come Home and once again, I was refused. I wasn’t too thrilled about this but what could I do?

The answer was: Nothing.

I looked at the clock on my nightstand again. A whole minute had passed. Wow. Could time go any slower, I wondered, as I lay there, my eyes now as wide open as they could possibly be and trying to force the tears I had, to stay away for at least a few minutes. But of course, my tears were full of deep sorrow, hate, and other things which made them refuse to listen. So they came. Where was my Tony when I needed him? I needed him to be here with me, not somewhere where I could no longer touch him, hold him, or talk to him.

HE CAN’T BE DEAD, I thought. He just went out. He’ll be back soon. Yes. My Tony will be home in a few minutes. He just went out to get ……… get what? There was no newspaper today. It’s Saturday. So, if my Tony wasn’t here…. Why wasn’t he here? Where could he be? Where was he?

Again, I looked at the clock on my nightstand. This time a mere two tiny minutes had gone by. Man. This was the slowest clock ever. Was it trying to tell me something? And if it was, what was it? Time seemed to be dragging along for a reason. A reason that was certainly NOT known to me. At least not at this moment.

My silent tears continued to roll down my face. I couldn’t wipe them away no matter how hard I tried. They just kept coming as silent as ever.

Then suddenly, a thought came out of nowhere.

I left the sentence uncompleted and stared at the phone that was also on my nightstand.

I stared at the phone awhile longer, just wondering. Certainly he would be home at this hour still.

Finally I picked up the receiver and pressed each number slowly.

After two rings, there was answer.

I found the words I was dying to say stuck in my throat. Could I really say them?

Yes! Today was the 10th of September. David’s Birthday!!

I told David that I wasn’t really sure whether I should call or not but now I was kind of glad I finally did. We talked for awhile and finally I got up the guts to ask if he and Vivian were going to be celebrating Christmas this year and David said they were only giving gifts to family.

We talked some more.

Finally we hung up with me wishing David a Happy Birthday again.

The next time, David called, and we talked about Tony’s Funeral.

It was going to be held at Punchbowl in Honolulu. 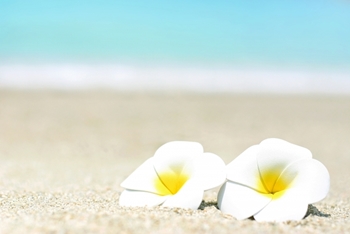