TO MY BLOGGING FANS AND FRIENDS IN CHIBA-KEN AND ALL OVER THE ISLANDS OF JAPAN WITH
ALL MY LOVE !!!

It is THE DAY AFTER THANKSGIVING here in THE USA and I had a great Thanksgiving Day. There was a lot of happiness and joy and great food was had which we shared. It was so fun. I wish you celebrated Thanksgiving Day in Japan the way we do here. Then you would know what I am really talking about. It’s a blast.

I really didn’t want this day to come……the 20th 0f September, 1994, but come it did whether I liked it or wanted it or not. This day meant Tony would really be gone and that there was no turning back whatsoever.

I lay on the couch in Roger and Marilyn’s hotel room in Honolulu after flying over with them, from Hilo, Tony’s coffin below us, safely stored on ALOHA AIRLINES. THIS was something I was sort of angry about because Tony and I had never flown with Aloha Airlines. For us it had always been HAWAIIAN AIRLINES. ALWAYS. But the funeral home we were dealing with had a deal going with Aloha, so that was it. Not Hawaiian.

Finally it was time to dress and I was passing Roger in the hall just as Marilyn was coming out of the bathroom, and I asked her, “Are you pau?” She looked at me with a “HUH?” look on her face which meant she clearly did not know or understand what I had asked her. She really WAS a Mainlander. Roger helped her out and told me that yes, she was pau. Marilyn looked at Roger and he said to Marilyn that PAU is the Hawaiian (Pidgin-English) word for : Finished or Done. Marilyn finally managed to say yes.

At the funeral home on Oahu, where Tony was “viewed”, it was just us. David, Vivian, Roger, Marilyn and me, The Widow. Each of THEM trying to be strong for me. There had been a “viewing” at home in Hilo too, and I had wondered at that time, what the mortician had done to Tony. He had done SOMETHING to him, I was sure and told him so, screamed it at him. I did not understand why my handsome Tony’s face was now, as hard as STONE. NOT SOFT, LIKE I WAS USED TO. I still didn’t understand this on Oahu, when I kissed Tony good-bye and David had to explain to me the reason why his face, in fact, his whole body was stone-hard. I looked as confused as Marilyn had been before Roger had told her what PAU meant, but forced my mind to understand.

Finally it was off to Punchbowl where my Tony was to be buried. His first wife, Helen, David and Roger’s Mother was already buried there, had been since April, 1967. The funeral, which began at 1 o’clock in the afternoon, was now filled with people I had not personally ever met but that heard of through Tony and David and Roger. Members of Helen’s family. Helen was Hawaiian and was related to KING KAMEHAMEHA THE GREAT. And each person came and greeted me with their condolences.

Suddenly, a woman appeared before me whom I did recognize. However this was the one woman that Tony had forbidden to come to his funeral. He said he did not want her there. But still she had come. She told me who she was and told me she was sorry for me that Tony had passed away. I said thank you.

Then I said I knew who she was from the things Tony had said and then I told her what Tony had said. That she was not welcome at his funeral. Not wanted there. And that she should go home.

The “unwanted” woman did not know what to say.

There was silence then, neither of us, speaking.

We stood there in the momentary quiet.

Then I said: “But I am NOT my Tony.” The woman looked at me unsure of what else I was going to say. “And as my Tony’s Widow, I say that since you DID come, to give your condolences, I say, you can stay.”

So, gratefully, she did.

At the funeral I was given The American Flag
(folded), being that my Tony had been in the
Military—Army.

Afterwards was the after-funeral meal and drinks
And David and I shopped all over Oahu for the food
that we knew Tony had enjoyed during his life-
time. American foods, Italian, Hawaiian. You name
it. We had it there for him in his honor. We had
hard liquor and beer. Plus sodas and water.

Also pictures were taken. Some of me. The Widow.
One of me was taken where all the grief and shock
was showing on my face. The entire thing of
suddenly being a Widow was right there on my
face. It was really truly something. I still have the
picture.

I even have one of Tony’s grown God-daughter and
Myself taken together at the after-funeral meal.
She holding me and me crying., her arms around
Me.

At long last, very late in the night, everything was done. The funeral was over. The Good-bye Tony Meal was over. And it was just me and David and Vivian and Roger and Marilyn. Even the children and grand-children had gone. I remember them all;
Including one very tall and handsome black man who is my grandson. Our first meeting came that day in the elevator. His name is Dwayne. As far as I know now, he still lives and works in Las Vegas. He is my late Tony’s late daughter’s boy.

However, as I said, everything was done.

And finally even David and Vivian and Roger and Marilyn went home. Back to California and Nebraska.

And I was alone.

A grief that would stay with me for a long, long, time.

And tears that still come……even today. 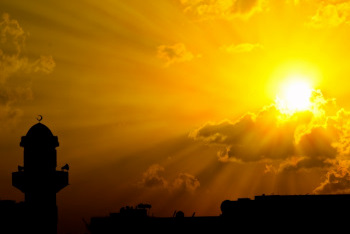