TO ALL MY DARLINGS, FRIENDS AND FANS IN JAPAN !!!

Hello To All My Adorable Sweet Ones.

You almost did not get a Blog this week cause I was having SUPER HUGE computer problems and I had no way to send a message that I would not be sending a blog. But it is okay now I am thinking and hoping and so here I am. And so please enjoy the read for this week.

After Tony’s and my first meeting, I found it VERY HARD for me to want to leave. The thing was, I had a job (the papayas) and he (I found out) was retired. And even though I found out his last name, (Feola), I thought because since I was working and he was retired, I would never see Tony again. But apparently, this was something that neither of us wanted. So, I told him where I worked and how to get to my workplace. And he told me he would pick me up. And I thought that was SO VERY GREAT. I could not wait to see him at the end of my work day.

The thing was, he had a car, but he had not sent for it yet. He had to have it shipped over here and he had not done that yet so, to pick me up, he had to walk to my job.

The end of my work day came but Tony never showed. I was so upset and so sad, I cried all the way home. I tried to think up excuses why he had not come. Good ones. Had something happened to him? Tony did not seem like the type of person who would let somebody down. He was the kind that said if he was going to do something, he would. So, why hadn’t he come for me?

When I finally made it home, I cleaned myself up and then went to his room: # 7 and knocked on his door. He answered right away. I tried not to be mad or burst into tears. What happened? I asked. Why didn’t you come? Where were you? I was hoping that we were going to walk home together.

He said: I did come.

I said he did not cause I walked home alone.

Then we went over the directions I gave him on how to get to my job. He said when he got to my workplace, the people said I did not work there.

This didn’t make any since.

Then I thought: Wait a minute and I asked him when he had gotten to the INDUSTRIAL AREA had he made the right turn where I had told him to or had he gone straight across the highway?

Anyway, we spent the evening together cause we went for supper and just had a good time and Tony promised to pick me up the next day after work so we could walk home together.

But then one day he said, he was going to move out of The Cunningham Building where he was staying.

I went back to my room: # 1, and cried the whole entire night.

What else could I do? 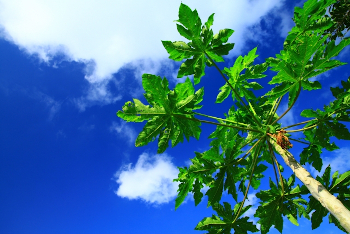