As we all know, Golden just has recently passed and many people went on vacation or relaxed right within their own homes. As for me, I went to Ishigaki, island in Okinawa. The weather was perfect and when it rained it was only for a few hours. I went fishing twice and caught quite a lot fish but the second time around I was a little seasick from the swaying of the boat, although that didn’t stop my excitement of actually being able to fish. I also took a half day trip to Taketomi island and rode in a water buffalo driven wagon and learned about some of the history of that small yet beautiful island.

The best thing about my trip was meeting my fiancés extended family, I even met his great grandparents. Just about every day I met new family members and was asked the same questions which were difficult to hear through their accents. However, everyone taught me a lot about Japanese culture and they were all very much interested in trying to speak English with me which I thought was fantastic.

I was able to try new foods which I think is an important part about travelling somewhere new. Every night I ate fish for dinner but it was usually prepared a bit different and was always a different type of fish. For a while, I thought that I might actually turn into a fish from eating it so much. One of the weirdest yet tasty foods I tried was sea turtle. The meat tasted like roast beef but some of the other parts did not taste so well but it was still worth the try!

Did you happen to go anywhere new for Golden week this year? If so, when you see me please share, and even if it was somewhere you normally go that’s ok too! 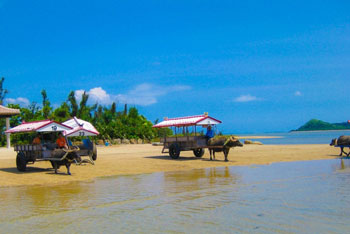