Hello again. I’m sick at the moment, so all I’m thinking about is getting home and going to sleep. I also would very much enjoy a nice big bowl of chicken soup. That’s pretty much the standard dish for people who have colds in America. I’ve asked some students what they usually eat, and most people say they eat okayu, or rice porridge. One person today said she eats ice cream, which I though sounded awful. The last thing I want when I’m sick is a really cold sweet food. I guess I should feel lucky that the worst thing to happen to me is a cold, what with all the news about the Zika virus. A while ago it was Ebola that had people worried, but that one seems to have blown over for the moment. Dengue fever also seems to pop up in Japan from time to time. I also heard about somebody dying from chicken pox in the States, which is always a head-scratcher. But I guess most people catch chicken pox as children and get over it quickly, whereas adults who catch it have a tougher time. Do you think about what you would do if a virus evolved or was created that changed people into ravening flesh-eaters like you see in the movies? At least we know what to do as we have movies like The Dawn of the Dead and TV shows like The Walking Dead to give us an accurate idea of what it would be like. I personally have thought a lot about what to do, and the main thing it seems to me would be to nail down an adequate supply of food to last until the mass panic subsides and gives way to a dystopian environment where people are more cagey and better equipped mentally to handle all the challenges such an environment would entail. That’s more easily said than done, of course, because probably most people’s first instinct would be to head for their nearest Aeon supermarket or 7-11, Lawson, FamilyMart, Sunkus, or Ministop convenience store to grab as much non-perishable food as possible. Probably before that the best idea would be to get a weapon suitable for fighting off the undead. Anyway, these are the things a common cold will make you think about. Hope you all stay healthy this winter. 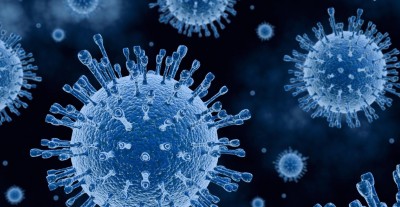