I Have Heard Rumors But……. 「あぜりあ」本八幡・西船橋・津田沼・佐倉

TO ALL OF YOU. MY FRIENDS, MY FANS, MY ADORED ONES, IN ALL OF JAPAN!!

The hour here is late My Dear Ones. I have had my Supper already, and long ago, may I add. In fact it is already nearing the time when I am to take my all important pill of the night. Yes, that is how late it is and is getting to be already for me. But that is okay. I am use to working late
Believe it or not……I am NOT late with my Blog this week. Really. Honest And Truly I am not. This time I planned to write my latest Blog, # 102, after Supper. Especially since I went out of my way to take an afternoon nap. It was an exceptionally good one too. I had nothing bothering me so, right after noon, I went right out the minute my head said its hellos to my pillow.

I slept a good three hours—what is called AN ITALIAN NAP.

I am good to go.
hours. All writers are like that. So, you all may enjoy what I have to say and read it all, most likely when I am truly sleeping and not just taking a long wanted afternoon nap on my Camp Chair on my almost no more front porch which, I must sadly say, will be soon disappearing soon from here, once I move downstairs. Then I will have a back porch to work with and sit on.

Yes, I am moving soon. It is supposed to be Friday, the 1st of March. I hope. It might be a wee bit later than that but I am moving.

And no. Blog #102 has nothing to do with my moving downstairs. It is about something else. Disappointed?

Have fun reading all of you!

My Dear Ones…….we must at last……..face the truth…..and admit it. It is now definitely too far away to wish a friend Happy New Year. It is also too far away now to send Valentine Wishes, especially to someone you may have — sadly — forgotten. It is still too early for The Fourth Of July, America’s Independence Day, and for the heat of Summer and yet, still too early for Saint Patrick and GREEN BEER.

SO…..where does that leave us?

Well….on The American Calendar it puts us right about where we should be…….approaching the day of Marti Gras, or Fat Tuesday which is the final day before the Season of Lent begins. Now, I know, that I have mentioned Lent before but not too much with regard to Fat Tuesday. Now about Fat Tuesday and Ash Wednesday, the beginning of Lent, though they are not real Holidays such as Christmas or Thanksgiving, they are “Holidays” in a spiritual sense. Fat Tuesday is the last “Party Day” before Ash Wednesday and Lent; the time of Prayer and Giving to God and Doing Things for People In Need. And Other Things like attending Mass more than just once a week on Sunday. I myself would like that. To be able to go to Mass on a weekday and on Sunday. I do not know if I could go every day as well as on Sunday. But I would like to go……more than I am now, because of my condition…..the fact that I can barely walk.

And of course I have think about what I plan to “GIVE UP” for Lent.

As a dear, sweet, woman I know who is of the Mormon Faith, pointed out to me when we spoke on the phone earlier in the day, it seems I gave up all the “hard stuff’ ALREADY. And come to think of it, she’s right. One year for Lent’s forty days, I gave up Mayonnaise. Do you know how hard it is to make a sandwich without Mayonnaise? WOW. Another year for Lent, I gave up Meat. Then there was the year I gave up My Computer for forty days. For this one, I wrote a big sign that said: LENTEN on it and I taped it to my computer the minute I shut it off at midnight on Ash Wednesday Morning. And every morning when I got up I would see the LENTEN sign taped to my laptop on my desk. And I would walk away and go do something else.

I will admit that I have given up a lot of things for Lent during my years as a Catholic but I think the hardest thing I gave up during any Lent, was the Lent I gave up my Coffee for forty days. I am one who drinks her coffee all day long. Nights too. So, when I gave up my coffee for Lent, it was something because I was working at the time at the Papaya Packing Plant and more times than not, the only thing I would bring for my luncheon was coffee. I had to settle for water. FORTY DAYS, NO COFFEE. That Lenten year was a very long one for me but I got though it. Easter Sunday finally came but I wasn’t free yet. I had to go to Easter Sunday Mass FIRST. THEN, THEN, I could come home, make the coffee and finally have some. My first cup, I drank down in less than ten seconds. I didn’t even taste it as it went down. I just wanted it in me. My second cup, I did better. It took me three hours to drink it. Yes, you read right, I said three HOURS. I took the smallest sips I could take and enjoyed every one of them.

You see, My Dear Ones, unlike when I first became a Catholic and went through Lent, I hated it. All I wanted was for Easter to come so Lent would be done. And when we were given Lenten calendars with things written on them to do, I never read them or did them. To me, the Lenten Calendar meant nothing. It was just paper. Nothing else. A calendar I could look at if I wanted to and then throw away the minute I got home.
Then one year, I decided I would “DO” the Lenten Calendar, read the things on it, and DO them. And GIVE on the days it said to. Like if it said, give 25 cents to your Rice Bowl for every snack you had today and I had four snacks, I would give one dollar. That one year that I did the Lenten Calendar, changed me.

I have heard rumors but, I don’t listen because unlike some people, I happen to be concerned about my Soul and where I shall end up after I die. I want to go Home to God and be HAPPY. I want to be pleasing to Him.

Now I look forward to Lent and all that goes with it because it is part of my Faith.

PART TWO of this will come soon. 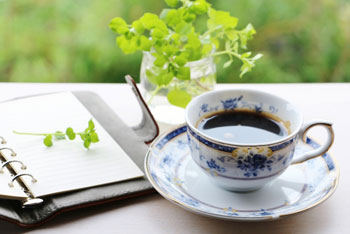