TO ALL MY ADORING BLOGGING FANS IN JAPAN AND ESPECIALLY IN CHIBA-KEN !!!

WOW EVERYONE! Here we are celebrating Father’s Day and Father’s Day Weekend. What fun for everybody!! I wish my Father (Poppy) was still living so we could celebrate together. I miss him a lot. Sometimes I see cards in the store I would like to send him that I know he would like. Cards chosen for all the best days. You all know the ones. His Birthday, Father’s Day, Halloween, Thanksgiving, Christmas, New Years. I do not miss a one. I wish my Beloved Tony and David were here too. I always made sure they got cards too. After almost 25 years (come this September 8 this year) of not being able to send or give Tony his, I have sort of, and kind of, gotten use to not doing it. But I still miss it. Not sending one to David however, is another story because he has only been gone to Heaven nearly two years (come July 1 this year) which is not very long in my humble opinion so I am not yet used to not sending and it is hard for me to remember NOT to send him cards. But all Fathers and Step-fathers and Stepsons who are Fathers, and Godfathers, and Fathers who have adopted children and every Father is remembered by me this weekend, both living and deceased. But especially those Fathers who are in the Military and are fighting for us—-I will remember them too—-especially in prayer.

Now, My Dear Ones, as to my Blog—-it is #118—-a Mini-series one. Shall we begin reading? Better get some tea or coffee first!

I know what is wanted. Getting there however, will take some time so I might as well begin at the very start. At the time when I was in my twenties. When I didn’t know any better and thought I knew EVERYTHING.

In my twenties, I thought it was all very simple.

I had made up my mind that I wanted very much to return to Hawaii and make it my home after I had spent my vacation here. In this case “HERE” was Honolulu, not Hilo. I would not come to Hilo for almost four years—a long time.

Like I said, I thought it was all very simple. Things would be all set up and I would not have to worry for a while. And so it seemed to be. I took my suitcase full of clothes, a little bit of money, and away I flew.

My first night there, I stayed in Waikiki and by the following afternoon, because things had been planned out for me, for the next three years, I would stay at the Woman’s YWCA, known as Fernhurst which is located on Wilder Avenue. I did not seem to have to worry about money then because My Poppy and Stepmother seemed to be handling things that I knew nothing of. If it was money that my late grandmother (My Nana) left to me I had no idea. No one said.

Anyway, here I was, in my twenties, and on my own. LIVING IN HAWAII. And not working. Only playing. I never once thought that perhaps I should think about getting a job. Everyone else around me had one. Everyone who was my roommate at Fernhurst had one that I saw. But why should I worry about such things? I did have a Savings Account and a Checking Account. I was very good at SPENDING then. This kept me going. I was fine. NO, not rich at all. Just fine. I was okay. But maybe you have heard nowadays that just okay is NOT okay.

So being “okay” came along and I was forced to job hunt. And for a time I was what you would call a “tele-marketer” today. I sold light bulbs over the phone. And even though it was a job, I did not consider it a real one, as you will soon learn.

After my three years at Fernhurst were gone, and done, I had no place else to go. I wound up at THE SALVATION ARMY and lived and worked there and made a little money there working in their store. THE SALVATION ARMY was, for a while, the only place I knew then and even at that time, the people around me whom I worked with looked at me and just KNEW I wasn’t supposed to be there. I was out of place. And for lack of another word, I will say : CLEAN. I was a good woman, a good person. I did not have a Police Record, I didn’t do any kind of drugs, or steal or anything like that. I still don’t.

But at that time I still had not learned how to SAVE.

And also during that time at THE SALVATION ARMY, I met Husband Number One. 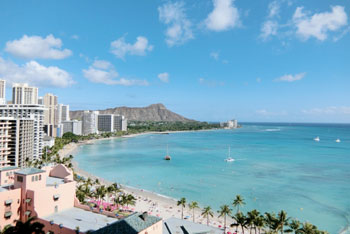