TO ALL OF MY ADORABLE DARLING BLOGGING FANS IN JAPAN !!!

Here I am. Here is another weekend and here I am with another Blog. Another Mini-Series Blog. Number 119 this time to share. I am not sure how you will feel after reading this Blog but it is part of me and what I had to deal with as part of my life to get me here to where I am right now. If it ends up being too hard for you to handle, I deeply apologize in advance to you.. If you make it through, then perhaps you are stronger than I was. And am because the memories are still there with me at times. Even when I do not want them to be. How sad.

The beginning of this Blog is hard only because I know the harsh ending of it. I am glad it is over of course but it was the living of it that was hard.

My living at THE SALVATION ARMY in Honolulu was something that I had never done before. It was something I never had to do. I guess you might as well say that I was a Princess. I never had to do anything for myself that I did not want to. I was the second child born into my house and then the only one because my brother, who was born first, in 1944, came, and died three weeks later. Had he survived, I probably would not have been spoiled or had the ways of a Princess.

By the time I reached THE SALVATION ARMY I had heard enough about the place that it worried me at the time. It was a place for people who were homeless, and were trying to kick big drug habits, had been in prison for Our Lord only knows what. I just knew I did not belong there or want to be there. BUT: I had no where else to go because it did not have a job or an apartment. So, it was to there that I went, not knowing at the time, I would have a place to sleep, have food, work in their store and be at peace ………. For a while. I would even lose weight and buy new clothes at the Salvation Army Store. I came into The Salvation Army at a weight of 160 pounds. Such a big weight.

On the days or nights I went out, I never missed curfew. I always came back on time. I was never late. And I got used to working at the Salvation Army Store. Then one day, I bought a new outfit. It was a colorful orange, green, purple, and gold pantsuit. Made of some kind of silky material. And it fit me perfect. I was so thrilled. It made me feel pretty. Real pretty. And happy. Like when I was at the Fernhurst. Happy and Free.

Some days after this, I began to notice one of the men who was there watching me. I did not think much of it at time but wherever I was, he always seemed to be around. Finally he came up to me and told me who he was. I smiled and said hello.

After that meeting, I did not see him for awhile. But I knew who he was.

He was of a darker skin than mine, not white, but not colored either, which is what we called a BLACK MAN back then. I had no idea at that time that DKM, was Hawaiian. But that is what he was. And when I saw him again, he asked me if I wanted to go for a walk. After work at the store. I agreed.

After several of these walks and an occasional luncheon out, DKM proposed. When he did, I should have known better and just walked away when he noticed my hesitation. But there was no way I could. A proposal at knife-point is something that makes you somewhat afraid. And it made me think back to my first night back in Hawaii, when I was nearly raped on the beach and how I kept telling the man, NO. PLEASE DON’T. PLEASE. GOD DOES NOT WANT IT. And so the man ran away. I only wish I could have told DKM no too. And yet, I could not report him to The Salvation Army either. I was too afraid.


Aloha,
Your Best Friend For All Times,
Mary Ann-san 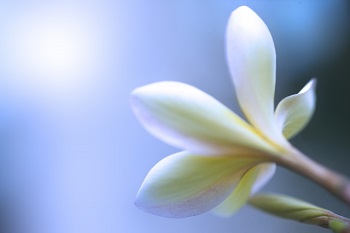