TO ALL MY SWEET DEAR ONES IN CHIBA-KEN AND EVERYWHERE THROUGH-OUT THE COUNTRY AND NATION OF JAPAN !!!

Many Hellos To All Of You !!
Much Happiness To EVERYONE !!
May You All Share In It Has You Read My Latest Blog, Number 129, For This, The Last Weekend Of August !!
Enjoy Please !!

What can I say but, rather, that my Tony made me SO HAPPY when he said he had found a place for US to move to from The Cunningham Building. This place was on a side street about half a block away from where we were. Not very far to move. The old building in which we moved at that time (early 1976) is now what we would call a Historical Landmark but it was not at all like that when Tony and I moved in one of the single rooms in the building. The building was old and dilapidated and like most of Downtown Hilo’s buildings. had to be re-built and repainted. Rent was very cheap back then and our landlady, Mrs. Kang, lived in the small ancient house next door and was very much in everyone’s business—especially Tony’s and mine. She always wanted to know what was going on. Mrs. Kang is what we would call a “Nosy-lani”. Like I said, always into everyone’s business and she talked about everyone.

Everything was going quite well at first and then Tony received a letter from home saying there was special land business he had to take care of. We were not sure how long he would be gone back to California, because we did not know how long the Land Business was gonna take but I couldn’t go because I had to stay in Hilo and work. (Pack Papayas @ Aloha Papaya).

I went with Tony to see him off at The Hilo Airport when it came time for him to go because he left at night. But have any of you, My Readers, My Friends, My Blogging Fans, ever seen a 26 year old woman cry as the man in her life is leaving to go someplace without her not knowing when he will return?

IT IS NOT A PRETTY SIGHT, BELIEVE ME !!!

I COULD NOT STOP CRYING !!!

And returning home alone in the cab was horrible. And sleeping alone without my Tony those first nights were even more horrible.

But we had a plan. Especially where Mrs. Kang was concerned.

I wrote Tony every single day and he wrote when he could and especially when Vivian was not around. I sent him certain business things he asked for, especially from the newspaper and told him EVERYTHING that was happening. Tony was very concerned for me because he loved me. He was also very worried because we were surrounded by people in the building who were like, prostitutes, drug addicts, but I was okay because Tony was street-smart and I learned from him what to do and how to be careful. Of course I knew some stuff on my own, but being that my Tony was older than me by 32 years, he was also wiser by a whole a lot.

The plan we had, starting paying off instantly, when Mrs. Kang and others, after not seeing Tony around for awhile, started asking of me, after him. Like, where is he, and (from Mrs. Kang) , I no hear his sound, which means she did not hear him moving about or hear his voice etc. So, I would say things like, Tony went to the Library or to Pahoa to visit some relatives and he would be back in a little while.

Then we he called (Mrs. Kang’s) to talk to me for awhile, the first time we pretended he was a man from my PAPAYA JOB calling me about WORK. The next time, we pretended he was my UNCLE JOHN, calling from PAHALA, for me for a chat. Still in all, when we did this, I still had to be super careful because Mrs. Kang had her EARS WIDE OPEN, wanting to hear every last scrap of information she could get from hearing what I said on my end of the phone line. But, we pulled it off.

Tony was in California from mid-March and through all of April (missing my 27th Birthday, which I had off, from work). He didn’t get back to Hilo and me until around May so it was very hard on us. But he did promise to take me on a vacation when I got the time from my job, to move from Mrs. Kang’s and to marry me.

Finally though, we were back together at long last and he promised he would have his car shipped over soon so we would not have to walk everywhere.

And yes, he did get me a Birthday present for my 27th Birthday. It was a pair of beautiful, pink, (pierced) earrings. HE DID NOT FORGET in spite of all the Business he had to take care of in California. HE DID NOT FORGET. 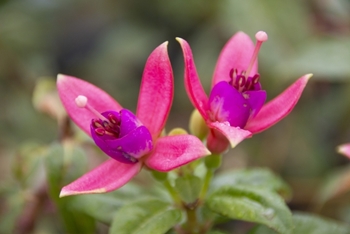