TO ALL OF MY DEAR FRIENDS, BLOGGING FANS, AND LOVERS OF MY WORK IN JAPAN, ESPECIALLY ALL THOSE IN CHIBA-KEN !!!

MY DEAR ONES !!!
We are back together again on yet another Friday. And I am so glad that I have this time with you because I am MOVING soon and I must get everything done while I can and am able. The big start to my MOVE begins in the middle of the month and your Mary Ann-san is SO VERY EXCITED !!! I have been waiting for this for so very long now. So, it is my special wish that all of you and your families and friends (and yes, also your pets!) pray for me ( and my cat, Baby Paws too) so that the moving to my new place will have a very good outcome.

Also, please read my latest blog to you, Number 130 and enjoy. Thank you everyone.

Fortunately, or happily, using whichever word you prefer, it was not long after Tony returned from the Mainland USA, (California), that he found another place for us to live, far up the hill from Mrs. Kang’s place and directly across the street from Saint Joseph’s Catholic Church. (No, I was not Catholic yet). But by this time we had the car so I did not have to walk to work and back anymore. Thank goodness for that. The place was a huge two story house where we shared bathrooms and the kitchen. During the time we stayed here, I finally managed to get VACATION LEAVE from my job so Tony and I flew to California so I could meet his youngest son David, then age 30 and his wife Vivian. She and I were the same age: 26. Tony and I slept on the parlor couch which made up into a bed. The morning after our arrival at what hour I have no idea, David from the dining area, called for us get up. Tony was all for it and ready to rip off the sheets. I had other ideas and said as softly as I could, so David wouldn’t hear: Hey! Honey! Don’t do that! I’ve got nothing on under here! Well, wouldn’t you know it…..David had extremely EXCELLENT hearing and heard me from there, and smiled really big at me and his Dad, and then Tony said, Well, put something on and come on! And that is how THAT day began. We had a great time on this vacation going just everywhere. And we were all sad when it all came to an end and we had to return home.

It was early in March of the following year, 1977, when I had to take special emergency leave from my job, without pay, to go home. My father was in the hospital and I needed to go see him. Tony came with me. My stepmother, Madeline, was there too, and as it turned out, she and my Tony couldn’t stand each other. But there wasn’t too much they could do except PUT UP with each other cause I was there to see my Dad.

It was not long after we returned yet again, that I said, if my Poppy was going, this would be the day. It was the 26th of March 1977, the tenth anniversary of my Mother’s Passing. The days went by after that and then I received a letter written by my stepmother on my dad’s birthday (5 April, 1977), that my Dad had passed away on the 26th of March, 1977 and she said she knew I did not have the money to come back so they had the funeral already and he was gone and buried. I DIDN’T GET TO COME BACK AND SAY GOOD-BYE. I DIDN’T GET TO GO TO MY FATHER’S FUNERAL. I was mad over this for years and years. Still am I guess only now my stepmother is dead now too, having died on 7th December, 1990. And yes, I am still mad. I COULD HAVE GONE BACK AGAIN FOR THE FUNERAL HAD I HAD KNOWN !!!

Through all this, my dear Tony was with me.

Shortly after this we moved again.

Aloha Everyone,
From,
Your Mary Ann-san 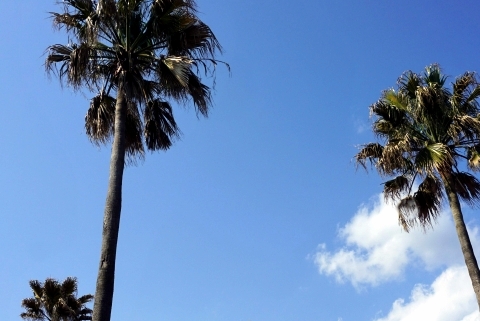