TO ALL MY BLOGGING FRIENDS EVERYWHERE IN JAPAN WHO ARE MY FANS AND WHO ARE READING MY EVERY SINGLE BLOG AND WHO ARE ESPECIALLY FOLLOWING THIS MINI-SERIES OF MY MEMORY.

Greetings To All My Loves Who Are Reading This !!!

It is early morning here (6 a.m.) and it is Sunday. A fine time to write my latest Blog for all of you. At first, I WAS going to wait until tomorrow because tomorrow is a very special day for me but then I thought, I had better get the Blog sent in now because I did not want it to be late getting to all of you. Anyway, this is Blog #137. We are moving right along during this Autumn Season aren’t we? That IS a good thing. Take care everyone and have a good read. My many thanks.

I really must admit, even to myself even now, it took me like forever to punch in my stepson David’s phone number in California on our Touch-Tone phone as my Tony lie in our bed—but I finally did it and it seemed like to me that it rang an extra long time before David picked up the receiver and said HELLO because I had to go through the listening of at least part of the Answering Machine’s Message first which began: Hello All You Kanes And Wahines……in David’s voice. But David did finally answer.

I wasn’t really in the mood for pleasantries even though I could have used some. My Hello to him came out very slow and I just knew that it wasn’t a very pleasing sound to his ears coming from my end of the line. I shut my eyes wishing that I could tell David my news about his Dad and then say good-bye. But GOD, apparently had other ideas. Like, Mary, it will be all right. Take your time. I will give you the words to say and David is Tony’s son and deserves to hear them. He NEEDS TO KNOW THIS!

Listen, I don’t know about any of you but I think telling someone that someone he or she loves is going to die is harder to form into words than saying that the person has died. It certainly was for me.

David already knew we had gone to Tripler Medical Center in Honolulu so that helped me a little bit. But I even had trouble forming these first words as they tumbled out from my lips because I found it so very hard to begin.

“David, I……” I tried slowly, and then tried again. I sighed heavily and then began a third attempt finally telling David that his Dad and I had gone to Honolulu, to The Tripler Army Medical Center on the 23rd of July (1994) and…….the doctors told us that…… “David, your Dad, our Tony…….has……has…..CANCER.” There was a silence on his end and David could hear me crying. It was after a while that David finally asked what kind of Cancer his Dad had. “Stomach” I finally managed to get out while still crying. “Your Dad has Stomach Cancer.”

To me, that didn’t seem fair. STOMACH CANCER???? I mean think about it. My Tony was a big, handsome, 5’8”, full-blooded Naples Italian, American-born (His parents were from Italy—both Naples), with gorgeous silver hair and blue eyes, who had fought in the war, been in Germany and other places and survived and he comes home only to fight another battle he knows and we knew, he would not win? A big beautiful, handsome Italian who LOVED to eat has STOMACH CANCER???? As I said, it just didn’t seem fair or right somehow. To me, even now, it still doesn’t seem right.

After I had at least managed to stop crying a little bit, the words came out a little easier. Like, I thought he and Roger (the elder living son) should come over to Hilo to see their Dad before he…….

And this was quickly followed by a story from me about how my (now late) stepmom waited until after my own Dad’s funeral, to write and tell me everything was done and he was buried already. I had seen my Dad in the hospital but when the funeral time came, I was not told because my stepmom thought I did not have the money to return at that time so I did not get to go to my Dad’s funeral and say good-bye. Anyway, I told David that he and Roger should come over before Tony……because I was NOT, WAS NOT, going to be the MEAN STEPMOM that mine was, and not say anything until the funeral was all done like she had done to me. I want you and Roger to come and see your Dad, I said.

After a few more minutes, I added: Could you please call Roger and tell him? I can’t.

David understood why and said he would.

We talked a little more and then hung up. I hung up much slower than David did but by the time I had replaced the receiver in the cradle of the phone, silent tears were coming down my face. The call was done and over with and I had expected my Tony to put up a huge fuss before I had even picked up the line.

I looked at Tony as he lay in our bed.

He had fallen asleep, sweet man that he was, and was getting his rest.

I only hoped that Roger and David would get here in time before Tony would leave us and go Home to Almighty God.

Aloha,
From Your Dear Mary Ann-san 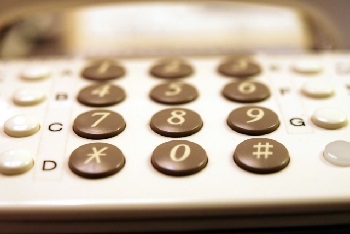