TO ALL MY DEAR BLOGGING FANS IN EVERY PART OF JAPAN WHO ARE FOLLOWING THE GREAT ADVENTURES OF MY PAST IN THIS MINI-SERIES !!!

Good Day To All Of You ! I was going to say Good Morning but by the time you receive this and read it, it probably will be sometime other than Morning, hopefully Day. So anyway, here I am, your Sweet Mary Ann-san.

And yes, My Dear Ones, Halloween is over until next year. How is your Candy-eating going? Mine is going great! Hope all of you had an awesome time Trick or Treating on Thursday Night !!!

It was almost nearing the end of the third week of August when my David came over, without Vivian, and Roger came over on the weekend. David came first. And at that time, I did not have any idea how long either one of my stepsons could stay, as neither one had said anything about a length of time.

But what mattered was they were here. They had come to see their Dad and that was the most important thing. At least it was to me. I am hoping now that it meant something to them.

At this time in our lives, Roger (and his wife Marilyn, who also did not come over) was a Minister. This helped when I was in the room with Tony and Roger and I heard Roger ask Tony if he believed in Jesus Christ, Our Lord and Savior. I heard my Tony say yes. After this I left so they could have some time alone. I guessed Roger was gonna talk about God to Tony for a bit.

David spent plenty of time with Tony too but all of this time went swiftly and suddenly it was the last week of August and the Nurses had been in and out and while Roger was still here, David sat me down and told me that it was time that we went to The Mortuary and chose a casket for Tony.

I looked at David, horrified, and asked: “Isn’t a little soon? Couldn’t we wait a little longer?”

Apparently David knew something I did not.

I clearly did not want to, but I could tell, that even though I was Tony’s wife, I did not have any choice in the matter and David knew best in this situation, even though I didn’t know why.

Knowing I had to trust David because he had never once done wrong by me, the tears came rushing down my face and I slowly agreed, knowing too, that I could not make this choice alone.

“Do we really have to do this?” I asked David, looking for a way out and most anxiously towards the doorway, and knowing I would have to choose the actual casket when the time came along.

David looked at me, and nodding, said yes.

Finally the time came and we went in and began looking at the caskets. David pointed out several but I shook my head violently.

As Tony’s wife, I had the final say about which casket he was going Home To God in. David pointed to another one.

I shook my head again, a bit more slowly this time, saying, stupidly, “Isn’t it a little small?” (It really wasn’t) “My Tony is awfully big. He weighs 207 pounds! He won’t fit in that!”

Silence filled the room while we stood there, the caskets all mocking us.

At last, I pointed to one in the center of the room.

“What about that one? Do you think our Tony would like this one?”

I approached it slowly, with David at my side, and looked in. Everything was white and when I reached out and touched it, every part was soft. Even the pillow that Tony would at last lay his head on. I touched every part.

I cried as David held me in his arms and I thought about Tony going Home to God and Vivian, so lucky to have David still.

As David and I returned back to the apartment, #18, I wondered just how much time there really was left.

Now I did know that David must know something —- something he was not saying.

Apparently he thought, bless his heart, that I was going through enough already. I did not need to know now, what he knew. 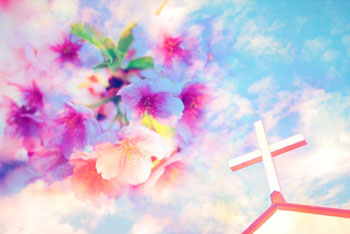