TO ALL OF MY VERY SWEET DEARS AND DARLINGS AND FRIENDS IN JAPAN WHO ARE MY BLOGGING FANS !!!!

Hey! I am back again with you! It seems like I am spending my entire day with you all and that is great. I am really enjoying this a lot and having a real super good time doing it. I just hope that you have been enjoying this Mini-Series and how it has been going even when there have been sad parts for me to write and send along. I think we have been strong through it all in every way. Thank you for being there for me as I have been for you—hanging in there and all. I am just happy to be here. Shall we read the Blog then and enjoy the read?

As I said in my last Blog, The Job Came To Me. I didn’t have to go looking for it. It was offered to me by my new friend Gaile. I am not exactly sure how long Gaile and her husband discussed the matter
together before the job of being their Chore-Worker was offered to
me but what mattered was it was offered and I said yes. That is what was important. That I would be working again at least for awhile.

What I wasn’t crazy about was filing out the papers that went with getting the job. I never did like filling out papers and I still don’t. But I had to do it if I wanted to work so I went ahead like it or not because it was part of the deal. Even after I got the job, whenever I had to take Gaile to a new doctor or sometimes to her regular one I had to fill out the papers for her like it or not. Anyway, if I was gonna get paid for my work I had to fill out the papers so there was just no getting around it. I filled out the papers the people wanted and the job of Chore-Worker was finally mine. Not liking the filling out of Business Papers was my big secret.

But Gaile had a secret of her own and it too, was revealed when she went to sign a Business Paper; the paper that would make Gaile my employer. She asked me for a card and told me to line it up under-
neath the signature line of the paper and hold it there and then line up her pen at the beginning of the line. I didn’t question her, I just did as she asked me.

Gaile then felt as a friend, she could trust me with her secret as to why she needed a Chore-Worker as well as her husband did and I couldn’t have guessed it for myself on my own because I had never been faced with the situation I had just been put in.

How could this be? Where was the cane that I knew that all blind people used? The red and white one? It was no where around that I could see. She had it she said but she seldom used it. She got along fine without it even when she was out on the street.

And then how could she possibly do all the things that she had to do for her loving husband that she had to do. The cooking, the cleaning, and whatever else there was to keeping up a household such as this one?

Was I that closed-minded and so stupid and dumb that my mind refused to comprehend that Gaile could get along without her sight and do everything she needed to do?

I would learn a lot from Gaile and I would learn a lot ABOUT her too. During the time I would work for her she would teach me a lot of things. Like holding her grandson for the first time at age fifty-three. ( I was afraid I would drop him!!!). How to change a baby and bathe him. How to bottle-feed him. Gaile had six grandchildren and she showed me what to and how to handle every one of them. In fact, I almost adopted one of them.

She showed me just by word and trust alone, how to make a casserole for the first time and it turned out great!

She taught me how to make Chili, her way, without onions. (I like onions in mine so it was hard learning to make it without them.). And then there was the time she wanted Stew for Supper. She was a morning person so we had the make the Stew early enough so she could it eat it both at noon and Supper if she needed to. And there was Hamburger Patties with Mushroom Soup gravy. And salmon patties. Simple stuff. But I learned it because she liked it. Tuna patties made with tuna and toasted bread and other things. Peas and Mayonnaise. What?! Yes. She liked that too.

However, one of the first lessons I learned was how to deal with her groceries when I got them home. She wouldn’t allow me to put them away for her for a long time, until I finally let her know I was hurt by this and in this process she was not letting me do my job. She finally explained that she had a certain way of putting her groceries away and that if they weren’t in the place where she put them she would not be able to find them. And when I was getting the groceries at the store, I had to put everything in separate veggie bags and check the dates on things like milk and cereal and everything like that, including canned goods.

When you work in a blind person’s house, always put things back the way you find them if you move them, say like if you are dusting or something. Cause if the something is moved and out of place, the blind person will panic if it is not found. When you work for a blind person you do what they want, not what you want or think is best for them.

And she had a phrase she went by. It was always: FRESH OR NOTHIN’. If an item wasn’t made fresh that day I wasn’t supposed to get it.

When we went Downtown together there was something else I had to learn and that was where every bathroom in town was so that if Gaile had to go, I could take her there without any problems. This of course, did not seem to bother me as much as when we went grocery shopping together, before we went into the store, we would have stop at a restaurant and eat first.

This got to me finally and I confronted her at last. Why couldn’t she shop like other people and ate when she got home? Why did we always have to eat before shopping? Couldn’t she ever wait?

My friend Gaile was not only legally blind, she was also diabetic.

I never knew because the nurse would always come to Gaile’s place in the morning before I did, and give her her shot. Later on however, I learned how to do it so I could give it to her when I had to. And I learned how because I had to give Princess, my Tuxedo-girl-cat her shot because she was a diabetic cat during her later years.

And dear Gaile, she needed me even more after her husband died in the year 2000. He went to the hospital sick, and it wound up being up to ME, Gaile’s best friend and chore-worker, to tell her that her husband was dying and wouldn’t be returning home from the hospital. Not the doctor or the nurses. Best she hear it from a friend, one whom she knows and trusts?

But my time chore-working wasn’t always all business and going to doctors and appointments and stuff. We had some bits of “Play Time” in there as well.

Like when Gaile wanted to go to the Movie Theatre and see a show. I put it off several times when she asked if we could go because, for the life of me, I couldn’t figure out why she would want to go, being legally blind and all. And what could I do to help her if something happened that I wasn’t able to deal with?

This was settled when she said she did not have to see the show, she could hear it and have popcorn and soda and enjoy herself. Nothing bad would happen.

Then there was the time when we went to see a show and something did happen.

I was supposed to lead Gaile into the darkened theatre area where there was nothing on but the lowered floor lights to see by. Only when we went in, there were lights on at all. It was pitch black and I couldn’t see a thing. I admitted this to Gaile. And so, what happens? She takes me by the hand, and says, COME ON, and leads ME along into the darkened theatre and finds us a place to sit down and watch the show.

Who was the blind one then?

And I had no problem using words like “SEE” with her when speaking, cause it wasn’t a big deal.

What was a big deal was when my Gaile-san died and went home to be with God. She died on the day after Mother’s Day, on the 13th of May, 2013.
On the day of her death, one of her sister’s came and got me because I had quit working for her on the 31st of December, 2012. (This was Gaile’s idea). The police came too, and I was questioned because I was the last person to see Gaile alive. I had wished her a Happy Mother’s Day and then left.

For the first month after her passing, I would go downstairs every morning at 8 a.m. and sit in her chair outside her apartment—#6—until I felt I had waited long enough and then went back upstairs or until Paws came down and got me—. Finally though, in the middle of June, some new people moved into Gaile’s place but there was nothing I could do.

I was still grieving the loss of my dear friend. 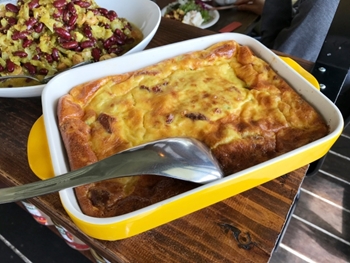