During the time I was in The Hilo Medical Center — The Hospital — unknown to me, The Covid 19 was happening.

See, all that had happened to me was that I had taken a FALL.

I had no idea that something ELSE of much more import had happened. A something that would like seeming last forever. I was not sick. I had just FALLEN. Nothing was broken. I just couldn’t get up. Could not walk. No big deal. Of course YOU COULD DIE from a FALL, but I was not going to. I was not going to suddenly die from being sick from catching some kind of something — something that — CHINA started. That we in The UNITED STATES are blaming China for —. Yes, CHINA. They started it So the news would later tell me as the days went by. But me, I was just interested in my Fall. Why I had Fallen. Why Now. I did not understand yet about The CoVid 19.

Right now, it is all about me and my FALL.

While I was in The Hilo Medical Center, Room #316, the Private room, my Godparents, Karen and George, would come and bring me stuff, but could not come see me. They would bring me paper to write on, pens to write with, books, clothes, because I had none, other stuff. But they could not come up to see me. I did not understand why. IT WAS THE COVID 19 they said. Whatever that was. But whatever that was, whatever the CoVid 19 was, I was sure, I did not have it. I was not sick. I had just FALLEN. I JUST COULDN’T WALK. The CoVid 19 and not being able to walk after falling were not the same thing.

But right now, I was not even thinking about that…… about not being able to walk. I was just resting in a hospital bed. And getting well.

Waiting to go home and be with my dear, sweet, cat, Baby Paws. He was still all I could think of. He was waiting for me. Every time I talked to Karen and George, I asked how he was. Was he safe? Was he okay? They were taking care of him. Feeding him. Giving him water, they said.

MY BABY PAWS WAS DRINKING WATER????

He is drinking it.

Outside. And eating outside.

George was feeding him.

I began tearing up. My poor Baby Paws was eating: OUTSIDE. Not inside the apartment like he was used to. Oh Paws! The silent tears rolled down my face. Oh Paws! Oh how I wanted so much to see him! If I was home, he would be eating inside. Again. And drinking his water inside. I would see to that. My poor dear BABY PAWS.

Perhaps if I prayed, they would let him back in the apartment to eat and drink.

THAT WAS ANOTHER THING.

I realized I did not have my Rosary. Had not said it for several days. I was behind. Really behind. I had not brought it with me. Was there a way of catching up? I was not sure but I had to try. I was a full solid week behind. That meant I had to say 16 Rosaries of 5 Decades each just so I could catch up. At the very least. How would I get one? Mine were all at my apartment. Far, far, away.

I told Karen and George where they were. Exactly where. I pin-pointed the place for them. All they had to do was reach in, and bring out the huge colored zippered bag and get it. Simple. It was right there in the box, the big colored box, by my desk. Just reach in. It was right there. Simple as pie.

BELIEVE IT OR NOT.

THEY MISSED THE ENTIRE THING.

But they DID find a Rosary for me. A SINGLE Rosary.

They found it on the floor.

So they sent that one along which I used.

And yes, I did indeed catch up.

Things are back to normal Rosary-wise here. That is, in the hospital for me.

Thursday…….the 26th of March, 2020, (which is Prince Kuhio Day — A State Holiday — in Hawaii — ), I am going to be transferred from The Hilo Medical Center (The Hospital) to The Hilo Life Care Center for two weeks of Therapy and then I can go home.

I was happy, so happy about that.

How Horrifying Is THAT? 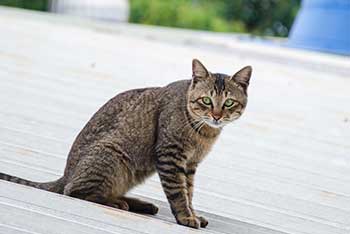