I came up with the title and idea for this blog mainly because I spend my nights (11:30 pm) and my days (9 am) watching Perry mason (starring the late actor Raymond burr) on T.V. on channel 126. also known as the me T.V. net-work. Perry mason is a fictional character of course created by author Erle Stanley Gardner. I have now become so involved with watching Perry mason on T.V. that I found I wanted to read the books as well. So when my godmother asked me what authors I was interested in reading whom I had not read yet, I mentioned that any books by Erle Stanley Gardner who wrote the Perry mason series would be great. and when Christmas came, she added six Perry mason novels to my kindle reader plus two other ones by other authors.

I just started reading the first Perry mason book she got for me, the case of the lazy lover. Erle Stanley Gardner was an American lawyer born on 17 July 1889’ he died on 11 march 1970 and was best known for his perry mason books. I am sure glad I discovered them.

If you are at all wondering why I chose the title I did for this blog, it was because I was gone from writing my blogs to all of you, my devoted readers for so long that perhaps you all thought I was missing? I sure felt like it.

But you see, our Perry mason is a criminal lawyer so he would not truly be needed unless I was murdered by someone. and as I read, I know I will learn a lot about him.

One can learn a lot from the reading of books whether they are read the old fashioned way, by holding them in your hands and reading them or by electrically by way things like my kindle reader.

Let me tell you something though, I could certainly use Perry mason, or at least someone like him if I wanted very much to find out the real truth about a real murder.

The murder I speak of, happened years ago. back in 1978. The person murdered was actor Bob Crane who stars as col. Hogan in Hogan’s heroes crane was born on the 13th of July in 1928. he died on the 29th of June in 1978. He was murdered. age: 49 years old. He was bludgeoned to death. This is a real unsolved murder. I watch Hogan’s heroes every night and every chance I get, wishing that I could come with something that would help solve this horrible crime. I do not know what to say even now about this.
I think this murder is one of those that come under the heading of a “cold case” and unsolved;

I hope one day that Bob (Robert Edward) crane’s murder will finally be solved.

In the mean time I will continue to watch Perry mason and read Erle Stanley Gardner’s books. 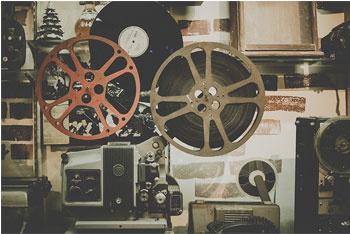