Some time back at the beginning of TIME when I was just beginning to write my Blogs and all of you were just kind of getting to know me, I wrote a Blog called: A Writer’s Life (#56). Then later on I wrote a Blog for you titled: My Writing Life Returns (#155). So this one which is for you, which I write now, is the- third, in the SLOWEST in a SERIES that has been so FAR APART that I can see. Actually I did not know this was going to become a BLOG IN THE SERIES SECTION—-but I guess so because here we are.

Anyway—as I have probably told all of you, My Dear Readers, that writing isn’t easy—especially you’ve set your mind to the writing of a novel. Writing a novel is like writing a Short Story only it is much , much, longer, and more complicated .

Novels are funny things to write. You think you have the thing licked, and it becomes harder—yes—a harder thing to get along with. For myself, I thought I was going long just fine as could be when—bang— my computer—said, and not too politely either, I might add. Things are gonna go MY way for awhile. And believe ME Dear Ones, so it went. Try as this lady may not to, I was constantly making errors. And not tiny ones either. I do mean BIG ones. And they were killing me. So much so, that I nearly gave up. And I will tell you another thing,, for someone who has working on this thing for eighteen, going on nineteen years, it is a hard thing to say,

I even e-mailed my Godmother at one point and asked her if she would like to write the novel for me and I would dictate it. However, I think that may be a thing called Ghost Writing. And that I do not want. I can get along without that.

Anyway, my mistakes got larger and larger and took me longer and longer to correct, Paragraphs began to disappear or mix up with other ones. In one place I even ound some kind of jumbled up sentence that I didn’t even write, It like just appeared there. It was a sentence that made absolutely NO sense. It seemed to be in some kind of English Language but nit mine and not of this world.

In the writing of the novel itself, I am writing Chapter 13 in the computer. At least I think part of it is in there. While stopping a while, I decided to go back over my work doing more correction. With this, as I make my sentences sound better, I am on Chapter 2. In the meantime, I have HANDWRITTEN the last half of Chapter 13, ALL of Chapter 14 and the beginning of Chapter 15.

And THIS MY DEARS is just PART ONE. I have PART TWO to write yet.

In correcting sentences once it took me two days to write half a sentence. Half. Then it took me close to a week to re-write and re-construct one paragraph. And I am still going at it and not giving up.

It is really. Come to think of it. Well, at least for me it is. I think.

It’s all the other stuff that’s hard.


Aloha To You,
From Your Mary Ann-san 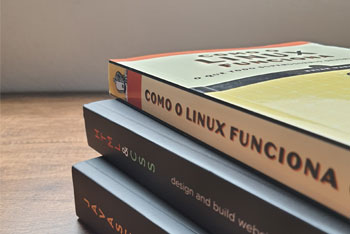