TO ALL THE LOVERS OF MY BLOGS IN JAPAN !!!

Hey! I am here early for a change. I thought it would be nice so here I am, all bright-eyed and
bushy-tailed for you as they say. And ready to go.
I hope all of you, my dear friends, are ready to go.
And ready to read my latest Blog: # 123. This is Part 6 of my latest Mini-Series. Go for it!

The total leaving of my Marriage to DKM started out just like any other day. I was alone as usual which gave me a lot of time to think about every-
thing that I had been through lately. I could not believe it had only been just about two months since the beginning of all this. I had been married for just a short time…..still in what people would call the Honeymoon Phase. Honeymoon Phase?
What was that? We never had a Honeymoon. We never had anything. There was no white Wedding Dress, nothing. We just got married and that was it. One day I was a Miss and the next day I was a Mrs. That was it. After that there were only the beatings. NO LOVE. Only hate and tears. And I needed a way out.

I could think of only one place to go. The Baha’I Safe House. And by the time I had finally talked myself into going, it was now late in the afternoon already. But I decided this was it. I had to make the break. It was all or nothing. The door to my freedom was just a few feet away.

I was all the way outside when I remembered thatI did not have my purse. No purse. No ID, nothing. Back in I went. Then slowly, I went back outside, taking one step at a time, looking everywhere but seeing no one. Then up the street I went knowing that everything would now be okay.

It was Meeting Day and the group was there and The Meeting was just about to start and my friendswelcomed me with greetings and smiles and hugs.
I was certainly glad to be there. Finally, we began our prayers which we read out loud from our books. Just after this each one of us, there were
about twenty or thirty people there, were suppose to read from a chapter from one of our Baha’I books. Only a few of us had read our few lines when sudden the screen door opened.

How had he found me? I had seen no one as I hadcome up here. But yet, here he was.

Full of anger, hatred, and liquor.

We all looked toward him and the owner of thehouse asked who he was. I spoke before he could,saying this is DKM, my husband.

He demanded I come home with him immediately.

They looked from him to me and from me to him again. And to me.

A friend of the house-owner said, I did not want to go.

He approached me angered more than I had ever seen him.

He told me, in front of thirty witnesses, that if I did not come home with him N O W, he would KILL ME.

And in the state he was in, I knew he MEANT it, that if I went home with him, he WOULD KILL ME. There was no doubting it. I would not live to see the end of this night. DKM would become a Murderer and a Widower in a matter of minutes and I would never see another sunrise, or another Birthday or another anything.

I was only twenty-four years old.

And scared to death.

But I said NO. I wasn’t going home with him. I told him I was staying here with my friends and that was that. And that was all my friends had to hear. They all gathered around me and the house-owner demanded DKM get out or she was calling the police.

As drunk and angered as he was, he had no choice. He stormed out, and went home.

And I in my fear, surrounded by my friends, could do nothing except cry, as they told me everything would be okay. They would make sure of it.

I would see another day and they would make sure I would be okay.

And my BEING OKAY, started with the owner of the house where we held our Baha’I Meetings, calling the police because I wasn’t going back into my sister-in-law and brother-in-law’s house, with DKM there, without an escort. 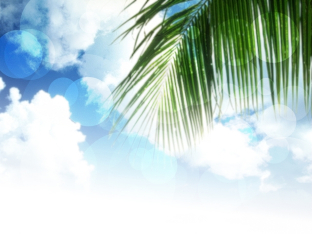