MY FRIENDS AND GREATLY ADORING BLOGGING FANS IN JAPAN !!!

How often I do think of you all !!! And since I began this latest Blog Mini-Series, my mind is on all of you more than ever………always in my thoughts. Do you think of me? I am glad you don’t have to go through anything like I am writing in my Mini-Series to you. It is horrible. It also makes me wonder sometimes how I ever made it to age 70 but I am sure glad I did.

I had no idea that the beginning of my end would come about just because I had to answer the call of nature once I had gone to bed. I know it does not sound like much of a big deal, but when DKM and I slept in the bed in his room at night, I was forced to sleep against the wall, so that if I had to get up, I would have wake him to get out. And so it was a few nights later. DKM did not like the idea that I interrupted his sleep just because I had to get up and use the bathroom but he got up. He pushed me down the hall and told me to hurry up. He was not going to wait for me all night and he did not want me disturbing his brother and the wife. So, I went in the bathroom and closed the door. I got peace for a few minutes.

What I didn’t know was two things, The first was that DKM was guarding the door so I couldn’t pull anything and the second, DKM’s brother had chosen those few minutes to come out to use the bedroom too. I heard talking and then DKM said: SHE’S in there. The brother said something else. At the time I did not know what. Finally DKM banged on the door, ordering me to hurry it up cause his brother wanted to use the bathroom. I came out a few minutes later, apologizing to DKM’s brother.

Back in our bedroom, I got slapped and punched and pushed against the wall. It was all I could do to keep from crying. Was it my fault that I had had to suddenly get up and use the bathroom?

DKM went back to sleep. It seemed he did not care whether I slept or not.

The following morning after the bathroom incident, I found DKM gone as usual but I found my sister-in-law at home. Apparently it was her day off. Her husband was working. When she saw the look on my face, she knew I needed to talk and she welcomed it.

I told her I did not know what to do because I did not understand about DKM. No matter what I did, every little thing set him off. Even last night when I had to go to the bathroom. I didn’t understand why he had to stand out there and wait for me. I didn’t understand why he was treating me like he was. She explained everything. Including about the bathroom. DKM had been in prison several times and as I managed to understand it, if you are in prison and have use the bathroom, and you are not in your cell, the guards take you and guard the door waiting for you.

But what did all my beatings have to do with other things like his Mom? I didn’t get that either. I told my sister-in-law when I was at the family’s house I was very respectful of her as well as the rest of the family. And what did I get for that? A beating I said. And I told her about the GIANT BLACK CROW on his dresser. And what happened. I told her everything. Including the fact that I prayed for a way out of this. It was nothing against her or her husband, they had been wonderful. She told me that It was because I was respectful and kind to the family members and I got the beating because DKN was jealous that all his family members liked ME MORE THAN HIM. Another question answered. Plus, I was WHITE.

She said she and her husband would find a way to help me. She would talk to him and to DKM if she had to. I did not deserve to be treated like this.

She asked if I had any friends who could help me. I told her not really and then I remembered my friends of the Baha’i Faith, and I said, yes, there is someone I could talk to. If things came to a point and got too bad.

But hadn’t they already, I wondered? 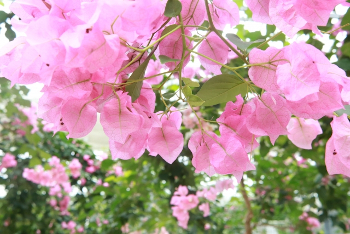