GREETINGS OF HAPPINESS TO ALL MY WONDERFUL BLOGGING FANS AND FOLLOWERS IN JAPAN !!!

Well, here I am. July is ending and August is coming. ALREADY. I can not believe it. Summer is nearly half-way done and soon, our Hurricane Season here will end and we have hardly had anything happen. Watch now. Now that I have opened my big mouth, you watch the HUGE RAINS COME. The rains from the latest Hurricane. Whatever that one is. I do not even know what letter of the alphabet they are on so I will just have to guess at it. Last time I heard, it was “B” but what do I know? Anyway, while we are trying to figure that out, why don’t we go ahead and read my latest Blog #124?

After hugs and—mostly from me—HUGE SIGHS—, we all got together and talked a bit and then the owner of the house called the Police. After that, while waiting for the police to come, we continued reading from our Baha’I Books, and tried to calm down.

It wasn’t long before the officers came. And it was a good thing too, cause I was still shaking and the thought of having to even go back to the house frightened me to no end. But I had to so I could get what little things I had.

I explained to the officers what had been happening with me and my husband and that I wanted out and a divorce but I needed to go and get my things and I was scared. I told the officers that I knew my husband was home cause he was just here and he threatened to kill me and that all these people hard saw and heard him say it if I didn’t come with him. His brother and sister-in-law were probably home too, from work, cause it’s their house. And I wanted my things. Or at least what I could get.

So, back to the house we went. DKM was there and so were his brother and sister-in-law and the police came with me. I explained what was happening. I was leaving DKM and I wanted my things. And a divorce. DKM was super mad but there was nothing he could do to me because the police were there. His brother and wife understood. From them, there were no hard feelings, and we even kissed and hugged good-bye. And they told me to: Take Care.

After I left with the officers and my things, we went back to the Baha’i House and I thanked them for their help. One of them asked me where I would go now and another member of the group, spoke up and said I could stay at HER PLACE so I could be away from here and my husband and that where she lived, he couldn’t get to me.

When the officers finally left I tried to calm down some more. And by the end of the Meeting, even though I was still shaking quite a bit, the lady I was to go with and who would help me was named: TONI. She lived on another part of Oahu, far away from where DKM and his family was so I stayed there a bit. A bit was a few days.

At last she came to me and said she and the rest of the Baha’is of the group had all gotten together. And they and she got me some money and she had bought a ticket for me to THE BIG ISLAND cause I had said I did not want to leave Hawaii, just DKM. I asked however was I gonna pay her and them back? It would be probably be forever before I even got a job so I could do that. She said there was no need. We just want you to be safe, she said.

So, the following day, with the money she gave me, my few things in my suitcase including my clothes, and my one-way ticket and the good wishes of the Baha’is, I flew here to Hilo to my new home, to get a divorce from DKM and be safe and happy and hopefully find a place to stay and get myself a job and begin a NEW LIFE. 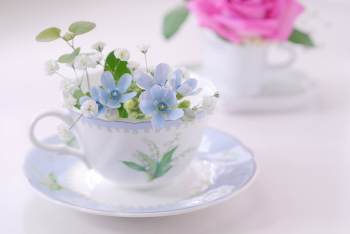