I begin gently perhaps hoping that this 11th Blog will bring not only the Happiness and greatest of Joys I am seeking for you all, but also, past memories that will bring to you smiles like it did for me when I suddenly thought about writing this Blog not only for all of you, but for me too. Also, this is Summer and so it is the perfect time to recall such things.

How many of you, remember your first LOVE? Your first KISS? I remember mine. But let me pass one thing on to you first. My first LOVE and first KISS did not come from my first “boyfriend”. This was school-time of course, and I was very young, and his name was Terry. To this day that is the only thing I remember about him. That his name was Terry. And this was in Elementary School. And yes, that is his real name. But we did not remain girlfriend and boyfriend for very long. All was short-lived. And Terry was once more, just a friend. Oh well.

Time passed. But not much though. I was still in Elementary School of course and it was there in my Elementary School that I met my FIRST REAL LOVE! Even today I still think about him quite a lot and constantly wonder what happened to him and wonder where he is. His initials (real) are: J.J. And he, believe it or not, is a day YOUNGER than I. A DAY. And our love was REAL. He was all I could talk about. He was the only one I wanted to see and be near and talk to. J.J. gave me my first ring cause even at our young age of not quite knowing what the word meant, we wanted to “go steady”. So that is what we did. And it was J.J. who gave me my first kiss. It was under the open steps of a school class painted light pale green wooden bungalow building with wide slats that everyone on the immense playground area could see if anyone looked hard enough. And the kids did cause our KISS was the biggest topic in the school for months. But we NEVER, EVER, went any further than the KISS. We sat next to each other or at least very near to each other in the same school classes (except for P.E. class). Also, there was only one time that I can remember when one of our teachers separated us and when J.J. was moved to the other side of the class room, I cried and cried and cried. Thank heavens it only happened once. It was very upsetting for us.

And yes, he would walk me home AND carry my books.

And if this wasn’t enough: we would also PLAY TOGETHER. This is, as in, he would come over to my house and we would play with whatever I was playing with at the time he came over. Most the time we would play outside with my huge doll house with the small figures and tiny furnishings or with my Dolls—no matter which ones they were—and J.J. had no problem with this and I personally couldn’t have been more thrilled. Except I did ask him if it bothered him if when people walked past my house and saw us together on the lawn that he was playing with “Girl” toys. It did not bother him. Lucky for me.

Now, since J.J. and I were “going steady” I too, would, with permission, get to spend time at his house and only if at least one of his parents was home. (He had to get permission from his parents too to come and see me and only after HOMEWORK was finished). And he lived several blocks away from me (I would say a good 8 blocks) so it took a good bit of time to reach there. One day when we were walking to his parents house, we were about two blocks away when he pointed out an older brown house on the right side of the street (he lived on the left) that was a ways back from the main street because of a very lengthy drive-way which lead straight to a very large, but totally empty garage. No cars in sight so we decided to take a walk down the driveway. When we got down there to the center of the garage, we looked around to see if anyone was there, at home, and since no one was, he kissed me very quickly and then we walked back up the driveway and ran to his parents house.

The older brown house was our special place but we did not go there every time I went to J.J.’s parents house.

Then, one afternoon in October, just before Halloween, J.J. came to my house to see me and my Mother answered the door. And from inside, I could hear J.J. ask her if I could come out and play and then go to his house. No doubt she said yes, because she called me to the front door and there J.J. was, dressed in costume in his ZORRO outfit. He planned on wearing for Halloween Night Trick or Treat. I asked my Mother if I could go to J.J.’s wearing MY Halloween outfit. So, we walked down the street, holding hands, going to his parents house, without missing a step, both of us in our costumes. He in his ZORRO outfit (complete with sword) and ME wearing a BRIDE’S GOWN. (And yes, the people who did see us as we walked to his house said we looked cute.).

And this time, cause we had not stopped there in awhile, we decided to stop at the older brown house. And since it was I who was wearing the Bride’s dress, J.J if I wanted to “get married”, I said yes. So……the lengthy driveway was the aisle. The garage was “The Church” and when we got inside, we said the words everybody knows. He went first saying my name and asking if I would “take” him (J.J) for my ”husband” I said: (like any good Bride) I DO. Then I asked him if he would take me as his “wife” and he said yes. Then I said the: I pronounce you-part and Kiss the Bride-part, and he kissed me and said: I love you. And then we hurried away. And his parents loved our costumes and thought they were great.

And oh yeah…….we each got LOTS OF GREAT candy on the Night of Halloween!!!!

Another true story yet again. Where are you J.J. ?? 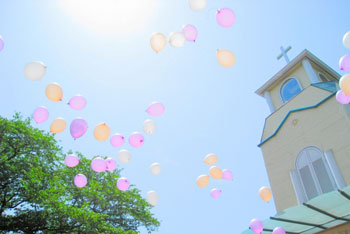