TO EVERY ONE OF MY SUPER LOYAL BLOGGING FANS IN JAPAN !!

Hello Everyone! I certainly do realize that this Blog Series has been EXTRA LONG for you and probably should have been done long ago. But since your Hitomi-san wanted to know about retirement here, I thought, why shouldn’t I work my way there? So, I did, going back to my very beginnings when I first came here. After all, a person just doesn’t “retire”. The retirement has to be EARNED. So earn it I did. And all of you, My Dear Friends and Readers, and Blogging Fans, are learning how. Please enjoy the read of my Blog (#132) for this weekend.

It was after the death of my father that my Tony and I moved again. Out of the house where one shared a kitchen but not their food unless they wanted to. It was a small, but comfortable, one bedroom place, just perfect for us at least for awhile. The place was called The Del Mar Apartments. And for the first time, we were living on the first floor of yet another two-story place. We lived in Apartment #105 just steps from the first floor laundry. And we were still living in the town of Hilo but a bit far out and right across the street from a Mortuary. It was also a time when I was used to watching Football and I was still smoking my cigarettes. (My Tony used to smoke but he quit 5 years before we met, back in 1975 which means he quit smoking in 1970 and because I was still smoking when we met, he had to put up with my second-hand smoke. The Poor Sweet Darling. Funny thing about my smoking though. I could make a pack of cigarettes last me for a week. Sometimes more.). And we also drank every night whether I was working or not. Most the time it was wine and beer at that time.

And of course, there was always good food at our place. My Tony was what the Military called a Mess Steward. In other words and in plain straight English, among all the other jobs and talents he had in the Army, my beloved Tony was a Chef. How lucky could I possibly get? I mean, really! Come On, My Dear Readers! You have all been reading my Blogs and about me and my inability to cook ANYTHING and I fall for a man who is A FULL-BLOODED ITALIAN and, and, AND, a CHEF! SO…..my Tony cooked all the meals…..almost…..and I washed the dishes. Sometimes though, my Tony let me cook. Real simple stuff. Hamburgers and like that. At that time I was better at making SALADS cause I loved salads. There would be sometimes when I would come out in the kitchen and watch him do his chef thing. I never said anything but I wished I could cook like him. Like that was ever gonna happen. I was lucky I could even boil water which will probably make you wonder how I managed to make even the Hamburger or Hot Dogs! When he asked me if I wanted to help him I always said no. Little did I know, I WAS learning though. Storing the information in my head. You know what I mean, yes?

Sometimes, Tony would let me taste stuff he was making so I could let him know what I thought, like if whatever it was he was into making was good or not. Or if it needed something. Other times, he would coax me into helping him stir something or other, and tasting a bit and telling him if I didn’t like something, I should like come out and say so. And if there was something I wanted to eat, he would show me how to make it.

I have to admit, it got to be that The Holidays were the most fun. Tony made everything ! Home-made gravy, home-made croutons, home-made mashed potatoes, pies, Gorgeous salads. You name it. We had it. It was on The Feola Table. Only my last name was not Feola yet. I was still working on that. Still smoking and still watching Football whenever the games came on. Still drinking, beer, wine and what-have-you, along with water at the Supper Table.

And then six weeks before the end of 1978, which was the 12th day of November of that year, I became something that I later learned, (about five minutes after everything was a done deal and I would be one forever) that my Tony didn’t want me to be.
I became a Catholic. He and I were now the same religious faith. I was thrilled of course.

“Why couldn’t you stay the way you were?” he demanded, the anger in his voice rising, as we crossed the street after coming out from The Church. As you can tell, these words were ones I never forgot. I was hurt. And I told him so. Besides, I had wanted to go to class and he brought me so that I could become one.

Who won this the first of our religious disagreements? I hoped I had, but I doubted it so I felt I didn’t.

And I guess my Tony thought he had because he thought my becoming a Catholic was a HUGE mistake.

But I would not see or learn or understand through others of my NEW FAITH until the end, that it was GOD WHO WON. I really hope that after 25 years of being in Heaven that my beloved Tony understands this now and he has forgiven me of my “HUGE” mistake. Which was not a mistake at all. It only felt that way by him at the time.

THIS OF COURSE, was not the only disagreement about our (my new) faith we had.

On Sunday Mornings when I got up, Tony would never tell me good morning. At least I never recalled him saying so. I would say good morning to him and he would sit there with his coffee and newspaper and say: “What Mass are you going?”. To him, 7 a.m. was like too early, and 11 a.m. was too late, it ruined the whole day, he said. So, if I didn’t say: “Nine,” he would get all pissed off.
So most of the times he “won” this one. Although there were a few times when I got up too late to go to the 9 a.m. Mass and so sometimes. I would have to go to the 11 a.m. one.

On our Holy Days of Obligation when we had to go to Mass I would sometimes either have to go at 6 a.m. or 6 p.m. And my Tony was not thrilled with this either. He said I was a working person and did not have to go. But I want to go, I would say. I could not talk him into going and would not even dare try unless it was Christmas or Easter. But I would wind up going. He would make SURE I GOT THERE. It was kind of like an “old school” thing. All the (Italian) women of the family went to Mass and the men stayed home, as was their right.

Then there were the Saturdays when I felt I needed (as well as wanted) to go to CONFESSION.

My Tony would say: “Why can’t you get down on one knee and repent?”

Then my Tony said something I didn’t think he would say. He came out with (to me): “You’re not Catholic!”

I retorted: “I am as Catholic as you! I took my Baptism Classes.”

To Tony however, this did not matter. That I took classes and became baptized didn’t count. “You’re not a cradle Catholic” he said. (Being a cradle Catholic means you are born into the Faith as a baby—that your parents are Catholic).

“I am a convert. That makes me a Catholic—as Catholic as you. And I want to go to CONFESSION.”

(And yes, I got to go. Does this mean I won? Nope. I am not taking credit for that. We know that God won again).

AND OH YES! There was also a matter of having FISH EVERY FRIDAY. At the time Tony was Catholic and I became a Catholic we had to eat fish every Friday whether it was LENT or not. NOW we only have to have the fish during Lent but I personally am hoping we will go back to the Old Way —–Fish every Friday. And of course Tony cooked it. Whole mostly. But I like Tuna (canned), Ahi (fresh, thank you,) Mahimahi (fresh too and both with tarter sauce. )

By the time New Years Eve, was ending the year of 1979, and New Years Day would be 1980, I had finally decided THIS WAS IT. I HAD HAD ENOUGH. I put my foot down finally. I had smoked an entire package of cigarettes and was going on a second pack in less than a week. I decided for New Years 1980, I was gonna quit smoking. After all, a package of cigarettes as of 1980 would cost NINETY-FIVE CENTS a pack. (95 cents). Almost a dollar ! And I could think of something BETTER to do with a dollar than smoke it away.

SO: On the 1st of January, 1980, I quit smoking cigarettes and haven’t had one since. 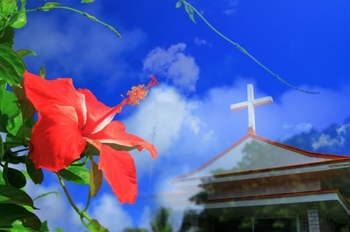