TO MY WONDERFULLY EXCITING BLOGGING FANS IN JAPAN WHO ARE MY FOREVER FRIENDS !!!

It is with Happiness and Joy that I greet you all during this Fourth Of July Holiday Weekend. I am happy and relaxed. I wish I could say it is because I am here drinking wine or beer or Sake. SO SORRY. It is because of none of these. But like I said, I wish it was. Maybe I am high on AIR? My real reason is in the e-mail I wrote to Hitomi before starting this for you. I got a new SHOWER CHAIR. I am so excited. So thrilled. This is the best news ever for me. Can not wait to use it.

Not that I was dumb or anything of that nature, but I had no idea at this point that I was suddenly living on borrowed time. I was just glad that DKM’s family liked me. And like I said in my last BLOG — #120— especially his Mom. She was Full Hawaiian. I thought that was nice. Why couldn’t DKM be like her? Or at least his other brothers? I thought too, a few days later that I had nothing to worry about when DKM said he was gonna go visit his Mom. And it did not really bother me when he refused to let me come. I mean what could possibly happen? He was only going to see his Mom and the other members of his family who I had already been introduced to.

It was then, I decided that if DKM could go out and visit his Mom, the least I could do was go out for a short walk. I wouldn’t go far just far enough so I could say I went SOMEWHERE; to a place where I did not have to think about DKM. So I did. But about half way up the street I began to get guilty feelings and thought about turning back. What if someone DKM knew saw me out on the road and told him? I WOULD in trouble then.

And just moments after this thought, someone did see me. I froze right there in the middle of the street. I wanted to turn and run back home. But as this person got closer, I realized I knew her and that she was “safe” to talk to. She was a member of The Baha’i Faith but I knew I could not talk long. What if DKM came home and discovered me gone? She asked me if I wanted to come to a meeting. I said I couldn’t. I would like to but…..my husband wouldn’t like it. When she asked where he was I said at his Mom’s and then she said the meeting would not last too long and could I come now because that was where she was going.

Against my better judgement, I went. There were at least 20 to 30 people there in this house where the meeting was. And I couldn’t keep my mind on what was going on cause I kept thinking about DKM and what he would do if he found me. Finally the meeting ended and as I was leaving the lady who I had met on the street said, if I needed help I could come here. No one would harm me.

Keeping this in mind, I went home.

Fortunately when I got there, DKM wasn’t. But my new sister-in-law was. I guess she had just gotten home from work and DKM’s brother would be home from work soon as well. With caution, I told my sister-in-law I had been out and that I went to a spiritual meeting and to PLEASE, PLEASE, PLEASE (I begged) not tell DKM cause I could be in a lot of trouble. She promised to not say anything. But if she told her husband I could still be in for it if DKM learned of it though him.

Then she suddenly asked if DKM had been hitting me.

At first I said nothing. Then I said yes, and how did she know. She and her husband had heard me crying, she said.

Later that evening, DKM came home from his Mom’s. More drunk than usual. And much more angered. And why once again, I was getting beat up. At least I found out the reason this time and was able to tell my sister-in-law. The reason was that DKM’s Mom, asked him why he could not be like me. Polite. Respectful. And GOOD. This was why she liked me. Because I respected my elders and in-laws and was kind to them. And DKM was nothing like that. DKM beat me up for another reason that I did not understand at the time, It was because I was Caucasian. That is WHITE.

It was now the morning after this when DKM had gone out again to drink and do whatever and my in-laws had gone to work, that I was crying, and I came out into the front parlor and got in my knees in front of the couch.

I cried and cried as I knelt there not knowing at all what to say.

Finally I said: GOD……I DON’T KNOW IF YOU KNOW ME BUT MY NAME IS MARY. I DO NOT KNOW IF YOU ARE REAL AND EXIST OR NOT. BUT IF YOU ARE AND IF YOU DO……..COULD YOU PLEASE HELP ME GET OUT OF THIS SITUATION I AM IN. I NEED HELP RIGHT AWAY.

After a pause I suddenly said, Thank You and Amen. Then I returned to our bedroom and cried some more hoping that when DKM returned I would survive the night. 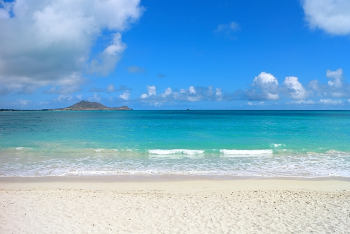