TO ALL OF MY MAGNIFICANTLY LOVELY BLOGGINGS FANS IN JAPAN !!!

Another Fourth Of July is around the corner and here I am ready to celebrate as usual. As of this moment of writing I have not made my Fourth Of July Holiday Shopping List. It should not be too hard this time. I know I need Hot Dogs and the Buns to go with them. Potato Chips and other stuff. It has been ages since I have made Potato Salad which really sounds super delicious right now. Maybe some cabbage for Coldslaw too. Who knows? I have Hamburger but by the time The Fourth shows itself I MAY have to get some. And the Buns for them too.

I had no idea that my great need to get away would begin just minutes after I said the words: I DO to DKM but it did. The minute I had signed my name on the marriage certificate as Mrs. M I felt my stomach sink. It was like it was trying to tell me I had done some terrible thing that I would be totally sorry for by the end of the day that I would not be able to take back. But I had signed the certificate and so had he and we were now husband and wife. This was how The New Year Of 1974 began for me. The exact day was 5 January of that year. After we left the Church, we walked down the Main Avenue, then down another street and kept going for awhile. Neither of us drove. Finally we turned right and continued down to this street’s end where there was a rather nice looking place. We walked up the steps and went inside.

Inside the house it was nice. Simple but nice. We waited and by and by, the couple who lived in the house came out and greeted us. They seemed to be alittle older than DKM and me but I did not know by how much. As it turned the couple was DKM’s brother and his wife. They were all smiles and happy for us in their greetings but then I saw something in their eyes that was notdirected at me but at DKM, a something he saw but pretended not to and thathe ignored.
Shortly after this, he took me to his room where we were to sleep at night andsaid I was to stay in here and not come out and that he was going out. When I said I wanted to come too, he said no, that he did not want me along. On this note he left. As for me, I had nothing better to do so I TRIED to take a nap on the bed.

Later on that evening, DKM returned super drunk and demanded that I make him something to eat. Well, fortunately for me, my new sister-in-law had made supper for all of us so I didn’t have to. They were not thrilled DKMhad been out drinking though and his brother took him aside and talked tohim where I could not hear. And before I went to bed, I thanked my new sister-in-law for cooking for us cause, I confessed, I did not know how to cook.

When I came back to the bedroom, DKM, still very much in his drunken state,demanded to know why it took me so long to come in from the kitchen. After this, he demanded his rights to me sexually because I was his wife. And if I would not obey there would be hell to pay he said. Well, this time it was I who said no, only because he was super drunk.

The outcome of this was that he beat me up. He hit me in places where he knew no one would think to look. But I was hurt. I felt of course that I had done nothing wrong but why would a Hawaiian husband treat his wife that way? Surely DKM’s brother did not treat his wife that way. He was Hawaiian and his wife was just as haole (Caucasian) as I was. I did not understand.

The next time DKM came home drunk he told me something before we went to bed. He told me that I had better behave because he said: Do you see that bird there on the dresser? Of course I saw it. It was a figurine of a LARGE BLACK CROW. And he said if I did not behave he would know because the Crowwould fly off the dresser and leave its bird claw marks all over my arms and onother places.

To be honest, I did not like what I heard nor did I want to believe it. However, I had no choice but to do so when come the next morning, I found the bird clawmarkings all over me. It was just a figurine I told myself but DKM wanted to know what I’d done. The proof was there. I told him I had done nothing. Inrepayment, he hit me repeatedly for lying to him, he said.

The next day he apologized for hurting me and of course, I forgave him.

It was several days after this that DKM thought to take me to introduce me to his Mother and the rest of his family so I might see where they lived.I think someone must have said something otherwise I don’t think I would have met them. And everyone was very nice. Especially DKM’s MOM. I couldn’t believe how nice to me everyone was. I was to them too.

It was after this that I began to wonder. Had I married The Black Sheep of the Family? I began to silently hope that when DKM went drinking at the bar and the pool hall up the street from his brother’s house, that something would happen and he wouldn’t come home. WE were complete opposites!

Where had I gone wrong?

I needed to tell someone something and soon. Or else I was I was pretty sure I wouldn’t see my next Birthday! I was sure I would die in my TWENTIES….!!! 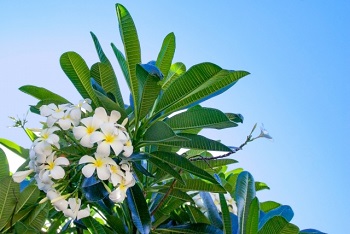